The Russians are coming

The Russians are coming 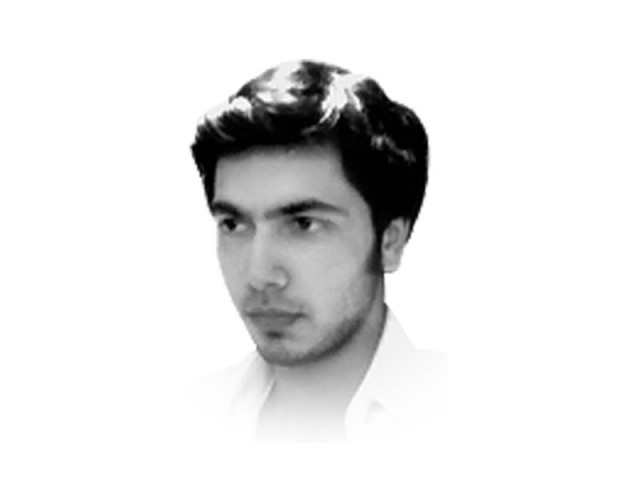 Shortly, before he committed suicide in 1949, US Secretary of Defense James Forrestal was said to have run out in the street screaming, “The Russians are coming, the Russians are coming”, and alternatively, “The Russians are attacking! They’re right around. I’ve seen Russian soldiers”. Whether the episode actually happened is disputed (as is how he died), but at a time when the world had yet to adjust to the realities of the Cold War, Harry Truman’s manic defense secretary captured the country’s mood well.

In Pakistan, the same mindset continues to inform state policy — and some of it with valid reason. In 1979, the Russians were actually coming. Ten years later, the last Soviet tank limped out of Afghanistan, the empire fell in on itself and the US came out in celebration of the jihadist victory. But the world had already begun changing and Khomeini’s fatwa against Salman Rushdie would send the West running right back. The Cold War was over, as were the many realities it had once held firmly in place.

Since then, Pakistan has often stood still, while its neighbourhood and beyond, progressed. In most cases, the progress has been achieved only through hard paradigm shifts. India’s market liberalisation transformed a country that was tottering near bankruptcy in 1991, but it took a rejection of Jawaharlal Nehru’s socialist model to do it. Bangladesh, despite awful governance, recovered from the world’s waning dependency on its jute crop by bolstering its garment industry instead. Even Burma had to upend its own status quo before being taken seriously, releasing Aung Sun Suu Kyi and rushing through political reform.

The only thing common to all were re-evaluated priorities, which sometimes meant painful breaks with the past. But Pakistan’s policymakers lack the will for reconsidering their priorities, paradigm shifts, or the novel thinking they require. Their paralysis is embodied by this government: a four-year-long celebration of subsistence. To survive is to achieve and while the economy at home is alternately described as ‘on the brink’ or ‘in freefall’, isolation abroad grows.

With no dearth of issues in need of fresh ideas — Balochistan, the economy, law and order — signs of thinking out of the box should be welcomed. And there are several within Pakistan’s foreign relations. The government, the opposition and the military are reaching a consensus that a healthier relationship with India is a good idea or, if nothing else, that a perpetual state of conflict with it is a bad one. And, in an even rarer development, the Cold War frigidness between Pakistan and Russia seems to be thawing. President Vladimir Putin may become Russia’s first head of state to visit the country. Cooperation over gas pipelines, steel mills, energy and education are all said to be under discussion.

For some, this is less a careful paradigm shift than a hasty recalibration as ties with the US collapse. Call it whatever you like; if inching towards Russia marks a wave of fresh thinking, it should be embraced. And while these pages often advocate the Turkish way of doing things, too few have drawn attention to its ‘zero problems with the neighbours’ foreign policy. Since 2002, Turkey has embarked on a series of diplomatic initiatives that have seen it re-engage with the region around it, while projecting itself as a mature democracy. But its policy successes haven’t kept Turkey’s support for people’s aspirations hostage: it is Turkey’s voice that has been among the loudest, calling for Syrian President Bashar al-Assad to stop massacring his own people. ‘Zero problems’, then, has proven fluid enough to accommodate a volatile neighbourhood.

For Pakistan, a similar repositioning of its place in the world (and one not hyphenated with Afghanistan’s) is what’s required. It’s a nation of 180 million people that can no longer view its interests solely through the prism of other countries. The Russians are coming, this time with benign intentions. It’s up to our policymakers to seize the opportunity or, at the very least, finally begin thinking about creating new ones.