Book review: Pakistan on the Brink - something borrowed, something blue

Book review: Pakistan on the Brink - something borrowed, something blue

The book ends with the expect­ed exhort­ations for Pakist­an to get its act togeth­er.
Sunday Magazine Feature
By Zarrar Khuhro
Published: May 13, 2012
Tweet Email 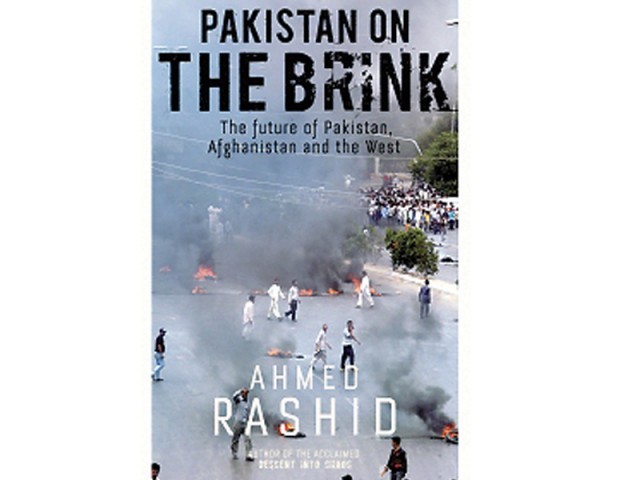 A frequent criticism of Ahmed Rashid’s books is that if you’ve read one, you’ve pretty much read them all. That’s kind of what I felt when going through his latest offering Pakistan on the Brink.

For those of us who have monitored the regional situation, the book reads like a compilation of opinion pieces and new events that anyone who had a TV set or an internet connection would already be privy to.

Little that is new is present either in terms of revelations or informed comment and this is clear simply from taking a look at the footnotes, most of which are simply references to public domain news items or Rashid’s own writings. Still, as a primer meant primarily for a Western audience eager to learn the ‘truth’ of the situation in this benighted corner of the world, I suppose it serves the purpose.

There are other issues as well. Without subscribing to the various lame-brained conspiracy theories surrounding the circumstances of Osama’s killing in Abbotabad, I do have to point out that the eagerness to swallow the US version of events does not behoove someone of Rashid’s clear intellectual faculty.

The details of the operation, from the entry of US copters into Pakistan to Osama’s apparent sea burial are taken as gospel truths for no other reason than that they were reported as such in Western media and US government briefings.

While this is understandable given the lack of another credible version of events, the passage could have benefitted from the addition of a line stating that this is simply the version of events as narrated by the US. Given that subsequently leaked emails by the private intelligence form Stratfor have cast some doubt on whether Osama does in fact sleep with the fishes, the omission is embarrassing to say the least.

Another clear error is the mention of Major Nidal, the Fort Hood shooter, in the same breath as Faisal Shehzad and Najibullah Zazi when Rashid makes the case that the Pakistani Taliban are now more dangerous in terms of providing support to international terrorists than their Afghan counterparts. While Zazi and Shehzad were clearly linked to the TTP, Nidal was a protégé of Yemen-based Awlaki. And Sanaa is a long way from Miranshah.

There’s more: the men Raymond Davis shot were ‘trying to rob him’ while the Salala attack was an ‘accident’. Barring the men directly involved in these incidents, I really don’t think any of us have the information to make such statements of fact.

To Rashid’s credit however, this time around he is unsparing in his criticism of just about everyone involved in the Afghan quagmire, from Obama and the ‘infighting’ US administration, to Pakistan’s ‘paranoid’ security establishment and venal civilian leaders to India and of course the Afghans themselves.

The book ends with the expected exhortations for Pakistan to get its act together, something that is clearly necessary, but stops short of advising any of the other involved parties to do the same.

While this is understandable given the title of the book, the fact that Rashid has already clearly stated that only a joint approach to resolving the Afghan issue can succeed, the lack of admonishment for the other power players seem odd to say the least.

Published in The Express Tribune, Sunday Magazine, May 13th, 2012.