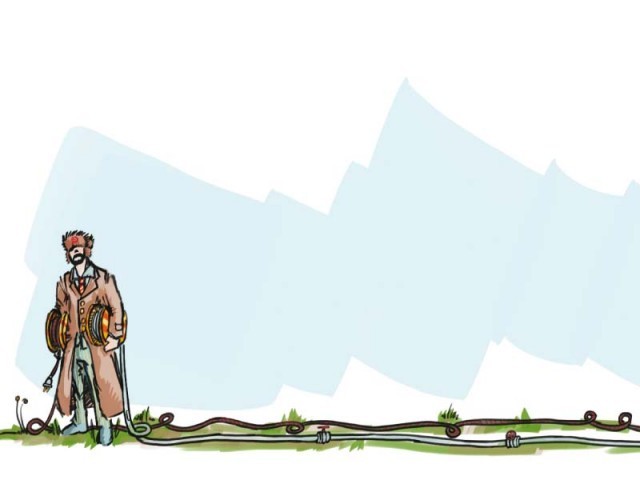 In a major development, Russia has offered financial and technical assistance for multi-billion-dollar gas and power import projects to help Pakistan overcome the energy crisis.

The projects in which Russia has expressed interest include Turkmenistan-Afghanistan-Pakistan-India (TAPI) and Iran-Pakistan (IP) gas pipelines provided contracts are awarded to Russian firms without bidding, government officials say.

Under the CASA project floated in 2006, 1,000-1,300 megawatts of surplus electricity will be imported from Tajikistan and Kyrgyzstan. “US, World Bank and Islamic Development Bank (IDB) have also backed the project,” an official said.

In the talks, the Russian side was led by Vladimir A Palmenev, an official of the Russian Ministry of Energy. Russian deputy energy minister will arrive on Wednesday to attend a meeting of the Pak-Russia Joint Working Group on Energy Cooperation.

In the meeting, a plan for energy cooperation will be finalised while Pakistan has also invited Russian firms to explore oil, gas and minerals in the country, officials say.

Pakistan is also seeking China’s help to press ahead with the $1.5 billion IP gas pipeline. In a recent visit to Beijing, President Asif Ali Zardari and Adviser to PM on Petroleum Dr Asim Hussain succeeded in convincing the Chinese leadership to take part in bidding for the construction of the pipeline.

Besides Russia and China, Iran has also come up with a plan to lay Pakistan’s portion of the pipeline based on a mechanism called ‘supplier’s credit’.

According to the plan, said a petroleum ministry official, Iran would provide pipeline and compressors on credit to Pakistan, which would make payments after two years.

Tehran is also willing to provide financing of $250 million on government-to-government basis and can also extend a major part of financing from its commercial banks. Pakistan needs around $500 million to finance the pipeline.

In the meeting of the joint working group, Islamabad and Moscow will also discuss how to enhance the capacity of Pakistan Steel Mills. Russia has already offered support in this regard.

Under the programme, the capacity of the steel mill will be enhanced to 1.5 million tons per annum from existing 1.1 million tons. Initial cost of the project is estimated at Rs30.45 billion, while actual cost will be determined after a technical audit of the plant by a Russian company.

Russia has linked financing of the expansion project with award of contract to VO Tyazhpromexport, a state-owned company.