A look at some of the best storie­s and headli­nes from print.
Published: April 12, 2012
Tweet Email 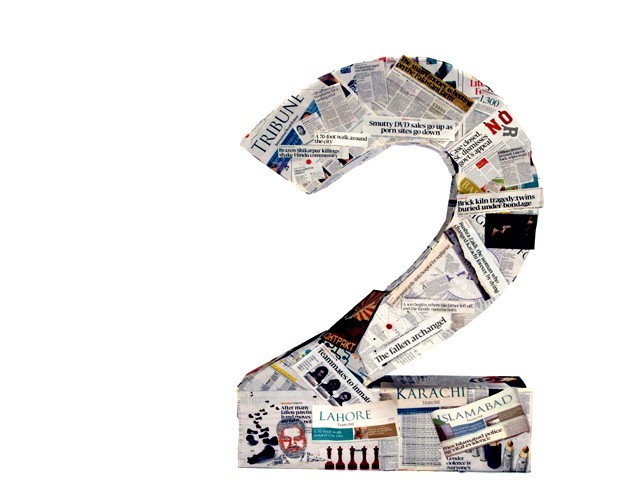 A look at some of the best stories and headlines from print.

It was a minor error that led to blasphemy charges, expulsion and the looming threat of death. The story of Faryal, a Christian eighth-grader accused of blasphemy for erroneously writing ‘naat’ as ‘laanat’ encapsulated the madness that defined the issue of the blasphemy laws.

A tale of a love affair that turned tragic. Three Hindu men were killed for intervening on behalf of two young men of their community who had been apprehended two weeks earlier and charged with criminally assaulting a Muslim girl. The real story, as told by area residents, was that Seema and Sandeep Kumar fell in love and were caught while they were meeting at the house of Sandeep’s friend, Nakash Kumar.

The headlines may be screaming about violence and extremism but the smart money is betting, very quietly, on Pakistani agriculture, reports Farooq Tirmizi. The story explored a small but growing trend towards investing in the Pakistani agricultural sector, one of the largest in the world in terms of its production of several key commodities.

The story reveals that a wide repertoire of banned Jihadi literature continues to be circulated widely in Punjab. It also highlights an interesting revelation: banned periodicals have actually become more visible during the present democratic government.

The shocking story of sixty masked men entering a girls’ school in Rawalpindi and thrashing female students and teachers attracted a great deal of feedback from online readers. The article was particularly alarming because the police did not take any action against the miscreants as they manhandled the school’s occupants.

Back from the Brink

The story focused on a topic which rarely makes headlines— the Swat telefilm industry. The article discusses that the conflict in the region had a debilitating effect on the region’s culture, arts and films, but now the entertainment industry is picking up and many artists have moved back to Swat. The in-depth piece had quotes from many associated with the industry including actors, DVD shop owners, film-makers and editors and also discussed how many artists felt let down by the government and NGOs.