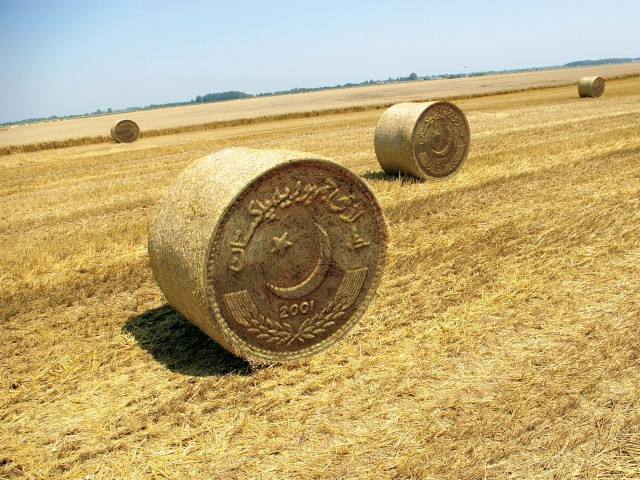 Venture capitalists, merchant bankers and large conglomerates are all piling in.

The headlines may be screaming about violence and extremism but the smart money is betting, very quietly, on Pakistani agriculture.

From international venture capitalists to global and local conglomerates to private equity firms, there has been a small but growing trend towards investing in the Pakistani agricultural sector, one of the largest in the world in terms of its production of several key commodities.

The amounts involved are small so far, but the names of the investors coming in – and the expertise and connections they represent – are far more significant.

One company that has done more than most to bring in foreign investment into Pakistani agribusiness is Indus Basin Holdings, a new venture capital firm that has amongst is investors financial and industrial luminaries from Europe and the United States.

Indus Basin is the brainchild of Aamer Sarfraz, a merchant banker at the London-based private equity firm Tigris Financial, where he has been managing director since 2006.

“We’re focused on non-political commodities (those in which the government does not set the prices) where we can launch greenfield investments that yield a return that is 10, 20, 40 times the initial investment,” said Sarfraz in an interview with The Express Tribune. “We want to be the biggest agribusiness private equity player in Pakistan.”

The Boston University and LSE-educated Sarfraz has managed to bring in Tim Draper, the founder of Draper Fisher Jurvetson, one of the largest Silicon Valley venture capital firms that was an early investor in firms like Hotmail and Skype. He also brought in Baron Lorne Thyssen-Bornemisza, a Swiss aristocrat whose family owns the ThyssenKrupp, a German technology conglomerate with over 670 subsidiaries and 200,000 employees worldwide.

“I am very excited about the agricultural sector in Pakistan. There are excellent opportunities that provide sustainable growth. Being Swiss, this is a familiar sector,” said Baron Thyssen-Bornemisza.

The amounts committed by each of the two gentlemen to the firm, as well as to Indus Basin’s original project – Agroventures, a Faisalabad-based breakfast cereal manufacturer – are unclear. But being able to attract highly prominent investors to his firm has been an achievement for Sarfraz, especially at a time when most investors are reluctant to put their money in the country.

Indus Basin is now about to launch a rice export business as well as a corn mill and a dairy farm.

Yet they are not the only firm getting into the game. Nestle, the Swiss conglomerate, recently announced that it will be investing over $300 million in the Pakistani dairy sector to double its output of milk. Nestle’s Milkpak brand is one of the largest packaged milk brands in the market.

Several local conglomerates have been organising themselves into investment companies geared towards extracting high yields from the agriculture sector.

The Dawood Group of companies, for instance, has wound down its insurance company – Central Insurance – and restructured it to become Cyan Ltd, a company that will invest in high growth sectors in Pakistan and has agriculture as one of its priority sectors.

Hussain Dawood, the patriarch of the Dawood family, also owns 38% of the Engro Corporation, one of the largest conglomerates in Pakistan. Engro’s subsidiary operates the world’s largest single-train urea manufacturing plant, in what is likely the single largest investment in the Pakistani agriculture sector: $1.1 billion. Engro also owns Engro Foods, one of the largest food companies in the country. Another conglomerate – the Nishat Group, owned by Mian Muhammad Mansha, the richest man in Pakistan – has also decided to enter the consumer foods business by launching its own dairy company.

Nishat has interests in financial services, textiles and cement manufacturing. The new venture would be the group’s first in agriculture.