PPP to lock horns with GDA in PS-52 by-polls 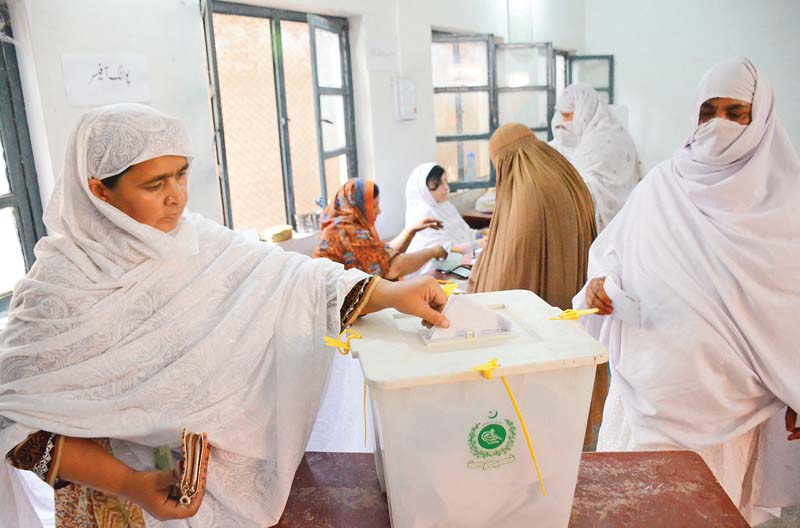 On Monday, Sindh’s Umerkot will turn into a political battleground when the PS-52 by-election will see the PPP locking horns with the PTI-backed Grand Democratic Alliance (GDA). The seat fell vacant after the death of PPP stalwart Syed Ali Mardan Shah, who had been winning the constituency for the past 30 years.

With the support of the Pakistan Democratic Movement (PDM), the PPP this time has nominated Mardan Shah’s son, Syed Ameer Ali Shah for the constituency. On the other hand, the GDA which is backed by the ruling party in the Centre, has fielded former Sindh chief minister Dr Arbab Ghulam Rahim. The contest is expected to be a fierce one, with fierce competition between the two contenders. Ameer Ali Shah hails from Umerkot while Dr Rahim comes from the neighbouring Tharparkar district.

The Election Commission of Pakistan has finalised the arrangements for the by-election on Monday, declaring 50 polling stations to be highly sensitive. Speaking to The Express Tribune, Provincial Election Commissioner Mohammad Anwar Chohan said: “There are a total of 128 polling stations, out of which 40 are sensitive and 50 highly-sensitive. Given the sensitivity of the situation, we have decided to deploy rangers’ personnel to prevent any untoward incident.”

The government has declared a public holiday in the constituency to facilitate the voters for casting their votes.

In the 2018 Elections, PPP’s arch-rival Dr Arbab Rahim lost the election at his home constituency in Thar to his own nephew Arbab Lutfullah, who had joined the PPP bandwagon right before the polls. The veteran politician was dealt another setback by a resounding defeat in the PS-52 (Umerkot) election, where the PPP’s late Ali Mardan Shah had clinched the seat by bagging 52,647 votes. On the contrary, Rahim could only secure 32,148 votes.

The constituency presents a unique situation as it is under the influence of two spiritual leaders including Foreign Minister Shah Mehmood Qureshi, who heads the Ghausia Jamaat. The followers of the party are also called “Multani Faqeers”. The other leader is GDA Chief Pir Pagara, who leads the “Hur Jamaat”. These two parties hold significant influence in the elections.

A.B. Arisar, a local journalist who has been covering the election for the last 15 years, said that FM Qureshi had also contested for an NA seat from the area but was defeated by PPP’s Nawab Yousuf Talpur. “Despite that defeat, the influence of Qureshi in this by-election can’t be ruled out.”

The votes of non-Muslims including Bhels, Menghwars, Kolhis, Jogis, and Takurs have always been decisive in Umerkot and Tharparkar, as these communities have a considerable population.

The PML-N and JUI-F have already announced their support for the PPP this time. On the other hand, the PTI and Sindh United Party have thrown their weight behind Dr Rahim.

Speaking to The Express Tribune, PML-N Sindh President Shah Mohammad Shah said his party had decided to support the PPP in the by-polls scheduled in Sanghar and Karachi too.