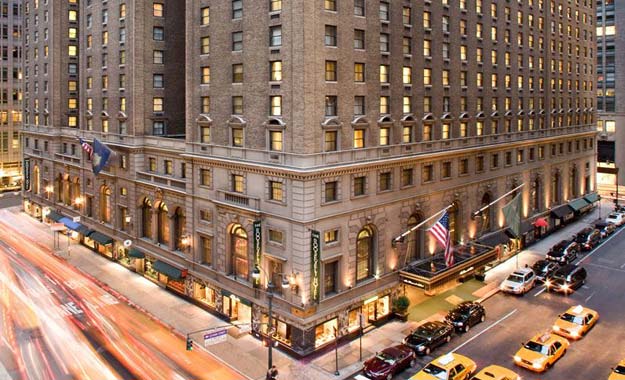 The US President Donald Trump had been interested in buying the Roosevelt Hotel in New York, confirmed the managing director of Pakistan International Airlines Investment Limited (PIAIL), Najeeb Sami on Wednesday in a parliamentary hearing.

Sami’s statement at the National Assembly Standing Committee on Privatisation has given a new twist to the Roosevelt Hotel saga.

“The Roosevelt remained profitable for 99 years and suffered a loss of only $1.5 million last year,” Sami said.

“In the past, the Roosevelt Hotel has given $50 million cash loan to PIA and another $25 million as dividend,” he added.

The managing director of the PIAIL – a subsidiary that owns its hotels –agreed that it was not the right time to enter into a privatisation transaction due to overall economic slump, particularly in the tourism sector.

“My information is that the US President wanted to buy the Roosevelt Hotel,” Pakistan Muslim League-Nawaz (PML-N) leader Khawaja Asif said, who had been specially invited to attend the committee meeting.

Asif, a former chairman of privatisation commission and defence minister, is not a member of the standing committee.

The candid confirmation gives credence to rumours that the government wanted to privatise the Roosevelt Hotel in haste due to interest shown by the US president who is also real estate tycoon.

Asif noted that the PML-N was not opposed to privatisation but stated that this was not the right time to privatise any entity because the coronavirus pandemic had caused market price of almost everything to fall.

The PML-N leader observed that due to work from home policy adopted by the New York City government, office space was also in abundance in the city, thus, the proposal to demolish the building and build a multipurpose complex was also not feasible in these circumstances.

Sami also backed Asif’s stance and maintained that in the past two months, 83 hotels were closed down in the New York City.

He said that the Roosevelt Hotel cannot be turned into a profitable entity and its business model needed to be changed.

Sami said it was decided to give the hotel on lease on a long-term basis.

“The carpetbaggers who have real estate overseas business and were made part of the Roosevelt Task Force want to acquire the property at throwaway prices,” Asif said.

“People who own real estate businesses abroad should not be made part of the body deciding the hotel’s fate as it could lead to corruption,” he added.

Roosevelt Hotel was acquired by PIA Investment Limited on lease during the year 1979 with an option to purchase the property. The airline had purchased the hotel for $65 million.

Sami said that the air rights of the Roosevelt Hotel were with Hard 8 Venture company and there were two options to buy those back.

Asif said that it was a “mistake” on part of the PML-N that it remained unable to privatise the national flag carrier during its tenure.

Earlier this month, the Cabinet Committee on Privatisation (CCoP) had decided against selling off the Roosevelt and to run it through a joint venture instead.

The CCoP had to de notify the Roosevelt Hotel task force due to legal objections raised by the aviation ministry.

The CCoP had directed the Privatisation Commission to appoint a financial adviser to start the process for the transaction in light of a report by accounting firm Deloitte which recommended that “the highest and best use of the Roosevelt Hotel property is to redevelop the site into a mixed-use through joint venture of primarily an office tower over retail and condominium”.

But Asif said that the office complex model would also not work and in the present circumstances, the government should not change the hotel management structure.

Privatisation Minister Muhammadmian Soomro informed the committee that various options were currently being looked into regarding the fate of the Roosevelt, adding that a financial adviser will take the decision regarding leasing out the hotel.

“It would take around five years to demolish the hotel and build a multipurpose building,” he said.

He called for starting the process immediately to save the time. 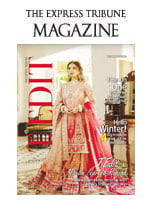