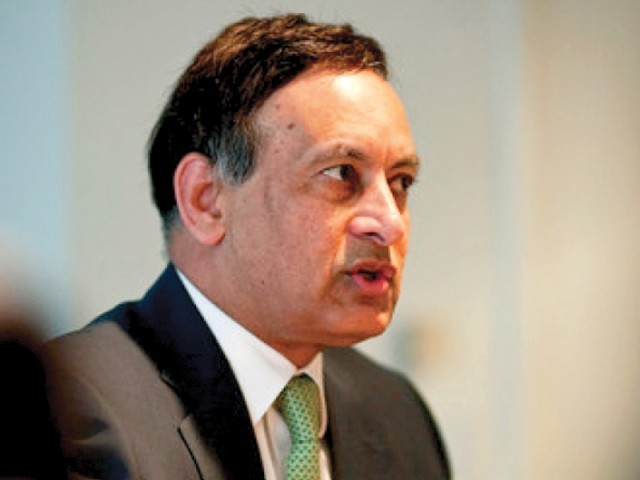 If I know Hussain Haqqani, I don’t think this is curtains for him. I have found him to be a great survivor. However, let me digress a little and recall another incident here to give a context to the ensuing developments.

When Raymond Davis, an American with dubious diplomatic credentials, was caught red-handed killing two Pakistanis in broad daylight in Lahore and then proceeded against under the law of the land, all the three branches of the US government closed ranks and came to his defence with one voice certifying the questionable immunity of a mole known to be a CIA contractor.

Now let us compare this cohesive US response to a decidedly open and shut case with that of Pakistan’s bizarre position in the still to be investigated Memogate case with most of us baying for the blood of an accredited diplomat. What was the need for the hyped-up and well-publicised troika meetings at the presidency? Why was an officer of Gen. Shuja Pasha’s rank sent to London to meet a dubious US character to investigate the matter? And why the thundering silence of the security chiefs on Sunday and Monday following Haqqani’s arrival in Islamabad. All this provided the ‘desired’ grist to the rumour mill that a serious confrontation has developed between the security institutions and the political government adding to the fears of an impending covert or overt army takeover. Inspired perhaps by Mansoor Ijaz’s claim that the ISI chief after their meeting in London had fallen for his story hook, line and sinker, the ‘ghairat brigade’ in the establishment and the media was back in action in full force. The brigade appears convinced that Haqqani has compromised Pakistan’s ‘ghairat’ by requesting through a still to be verified memo delivered by a US citizen to a retiring US military general to allegedly help the civilian government in cutting the army and ISI to size and bringing our nuclear assets under the ‘protective custody’ of Washington.

I am no admirer of Mr. Haqqani’s modus operandi. And notwithstanding some of his sterling achievements in his career I think our relations with Washington tumbled down to the very bottom during his three-year tenure. I know him since the days when as a youthful journalist he had become very close to the then military dictator, Gen. Ziaul Haq. His political flip-flops are legendary. As a member of the Islami Jamiat-i-Tulba (student wing of Jamat-i-Islami), he was elected as the president of Karachi University’s student union in 1979-80.  After Gen. Zia’s demise he first joined forces with Nawaz, before switching over to Benazir Bhutto.

After her second ouster, he is said to have applied for the top information job in the Musharraf regime. Having been rebuffed by one of the dictator’s minions, he set sail for the US, where he made it really good for himself and made his services available to Ms. Bhutto and her spouse for developing contacts in Washington and networking with the top US leadership. He was therefore, a natural choice of the government for the ambassadorial job in the US when the PPP-led coalition came to power after the 2008 elections.

But I was intrigued because in his book, Pakistan: Between Mosque and Military he had said things about the army which I thought the institution would find impossible to forget and forgive. So, I asked him when I met him in London soon after he was nominated for the job. He did not deny resistance from powerful circles back in Rawalpindi to his appointment but declared in his typical nonchalant manner that he could take care of the challenges on this front.

I have never written about Mr. Haqqani either critically or in praise, though I have been one of his bitter critics to his face. But to his credit, he has always taken my criticism with his characteristic poise and never failed to greet me with extra warmth whenever we met. But I always found it difficult to match his warmth half suspecting his sincerity.

Still, I don’t think the former ambassador deserved the kind of treatment that has been meted out to him by the ‘ghairat brigade’ within our establishment and the media. Even if all the allegations that are being levelled against him by an ordinary US citizen are true I would have preferred to send Gen. Pahsa to Washington to meet Haqqani or awaited his return to Pakistan to get his version first rather than make the spy chief go all the way to London to meet Ijaz who according to Mr. Bruce Riedal, former CIA officer has a “long record of fabricating false information and self promotion”. This very act of Gen. Pasha has by default given a measure of respectability to Ijaz’s version of the episode and made Mr. Haqqani’s position suspect in the eyes of unsuspecting masses.

Such matters should never be the concern of the security establishment in the first place. They are better left to the civilian government to sort out. And the ‘ghairat brigade’ needs to stop frothing at the mouth and stop crying wolf at the drop of a hat.

Memogate: Ambassador out, but controversy rages on