Memogate: Who’s lying to whom – and why?

Memogate: Who’s lying to whom – and why? 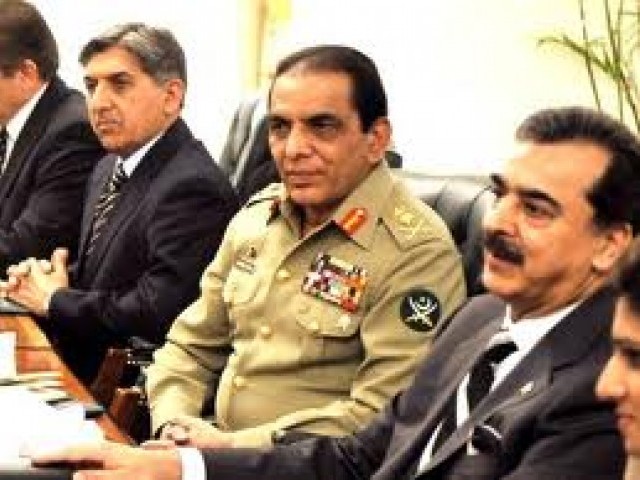 Ambassador Haqqani will present his point of view at a much-anticipated meeting between the civilian and military leadership likely to take place today. PHOTO: AFP/FILE.

ISLAMABAD: Based solely on the earnestness of their respective assertions, you wouldn’t know who is lying.

As the drama of the Memogate scandal unfolds, both embattled Ambassador Hussain Haqqani and his accuser, Pakistani-American businessman Mansoor Ijaz, continue to vociferously stick to their guns.

What remains to be seen is who will blink first.

In the meantime, away from the glare of the public debate, Haqqani will present his point of view at a much-anticipated meeting between the civilian and military leadership likely to take place today (Tuesday).

President Asif Zardari and Prime Minister Yousaf Raza Gilani are likely to throw their weight behind Haqqani when he is quizzed by Army Chief General Ashfaq Parvez Kayani and Director General Inter-Services Intelligence (ISI) Lt General Ahmed Shuja Pasha over his alleged role in the purported secret memo allegedly sent to US officials on his behalf.

Ahead of the high-level meeting, Haqqani held informal meetings with the president on Sunday to convince him that he had no role in the secret memo delivered by Pakistani-American businessman Mansoor Ijaz in May this year to then US Chairman Joint Chiefs of Staff Admiral Mike Mullen seeking help to rein in the country’s powerful military establishment.

Sources disclosed that Haqqani appears to have convinced the president that ‘Memogate’ was a conspiracy orchestrated by elements who want to destabilise the democratic system.

An official privy to the developments told The Express Tribune that the Presidency has not ruled out the entire episode being a well-thought-out attempt to weaken the civilian administration. A source close to Ambassador Haqqani even went to the extent of pointing fingers at certain elements of the security establishment.

“They (the security establishment) may not have been part of the conspiracy in the beginning, but now they may have decided to jump on the wagon,” the source claimed.

Ijaz is known for his strong anti-Pakistan and anti-military establishment views, the source added, questioning how the DG ISI just went ahead to meet a man with ‘dubious’ credentials.

Haqqani is expected to ask these counter- questions in his defence. A security official, when approached, termed the matter ‘very serious’ suggesting that someone will have to pay the price. “It is not that simple that you just escape by suggesting that this is a conspiracy,” said the official, who asked to remain anonymous.

However, it is said that President Zardari has no intentions to ‘ditch a person who has been the key mediator between him and Washington.’ “Even if Haqqani’s resignation is accepted, he is likely to be accommodated and offered a key government slot,” said a PPP member close to the Presidency.

Meanwhile, Haqqani’s wife Farahnaz Ispahani told reporters on Monday that she and her husband are ready to face any legal action regarding the controversy. Speaking to media outside the Supreme Court, Isphahani, who is also media adviser of the president, said they will sue Ijaz in court for what she called “falsely implicating her husband” if the top PPP leadership permits it.

Ijaz, meanwhile, has alleged that he has known the ambassador for more than 11-12 years and that his claims of having met him three or four times were a “flat lie”. In an exclusive interview with Express 24/7’s Maria Zulfiqar, Ijaz said that the people of Pakistan should ask themselves why such a Herculean effort was being made to cover it all up. Ijaz said that it was a “conspiracy of the making of Haqqani and his boss or bosses”.

Responding to a question on who was “minding” Haqqani, Ijaz said that Zardari was involved. “There is a desperate attempt going on in Pakistan to create a firewall inside the PPP government between Haqqani and the president.”

Ijaz said that the president had explained his problem to Haqqani after the May 2 raid in Abbottabad (which killed Osama bin Laden) and that Haqqani had given his assurance that he would “take care of it”.

“I do not believe today that Zardari had any knowledge of the specifics of the memo … I do believe he gave a blanket approval to Haqqani. “It is very clear Zardari is giving the orders but the question is where instructions to Zardari coming from?”

“They can run and hide all they want, the facts are already there. Nobody can challenge my facts,” he added. He said Haqqani had used him because he was a “plausibly deniable” person. He said the option of delivering the message verbally was also there, but the option was too soft for him. “If things went wrong, I would be the only one who would get burned. I am shocked the government of Pakistan is hell bent on covering this up”. He said the government should own up to the memo and say “damn right we wrote the memo, because we were afraid that the boots were coming.”

Responding to a question on when he would go to Pakistan to testify, he said he did not care who called him as long as it was an official process.

(Read: The case of the crooked missive)

(WITH INPUT FROM SHAHERYAR POPALZAI)