Rehman claimed that certain elements inside the seminary wanted to expel him, adding that, "This video is fake as you can’t even see me move in it". SCREENSHOT: TWITTER
LAHORE:

The Lahore police booked 70-year-old cleric Mufti Azizur Rehman, in an FIR on Wednesday after a video of him sexually assaulting a seminary student went viral a day ago.

Also the Lahore vice amir of Jamiat Ulema-e-Islam, Mufti Aziz was booked in the case on the survivor’s complaint.

According to the FIR, a few days after the video was leaked, Rehman threatened to murder the survivor, Sabir Shah.

The survivor maintained in the FIR that, “I was admitted into the madrassa in 2013 and had been attending it since. The mufti blamed me for making another student take my exam, due to which I was banned from giving exams with the Wafaq ul Madrassa for three years.”

Shah further stated in his FIR that, “Mufti Azizur Rehman promised passing me in exams in exchange for keeping immoral relations with me.”

The complainant stated that the cleric and his sons - Altaf ur Rehman, Ateeq ur Rehman, Lateef ur Rehman - and three other individuals have been threatening to murder him for releasing the video. 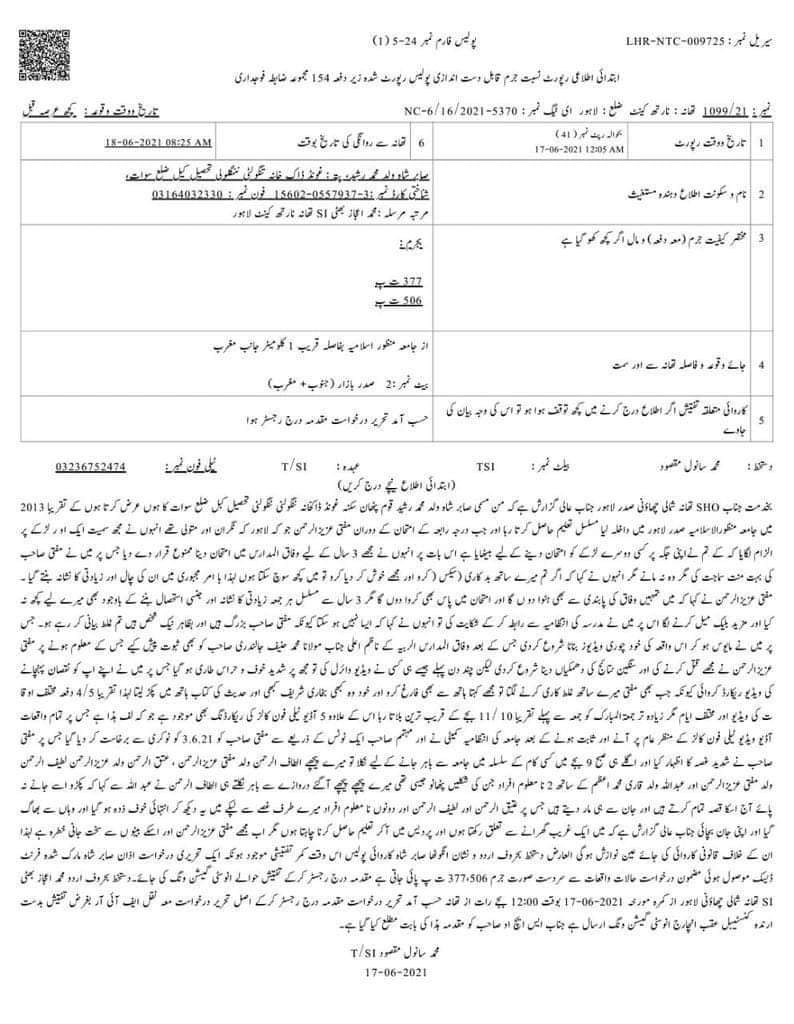 A copy of the FIR lodged against Mufti Azizur Rehman available with The Express Tribune. PHOTO: EXPRESS

The Express Tribune reported a day ago that the video spread shockwaves on Pakistani Twitter as netizens not only called for immediate action to be taken against Rehman but a clear out of paedophiles in religious seminaries across the country.