Rehman claimed that certain elements inside the seminary wanted to expel him, adding that,”This video is fake as you can’t even see me move in it". SCREENSHOT: TWITTER
LAHORE:

The video spread shockwaves on Pakistani Twitter as netizens not only called for immediate action to be taken against Rehman but a clear out of paedophiles in religious seminaries across the country.

"Where is my accuser? It has been two weeks since he was last seen...I was clearly drugged by this boy,” he goes on to detail in the video.

In a letter obtained by The Express Tribune, the Jamia Manzoorul Islamia has moved to terminate the services of the now maligned Mufti. 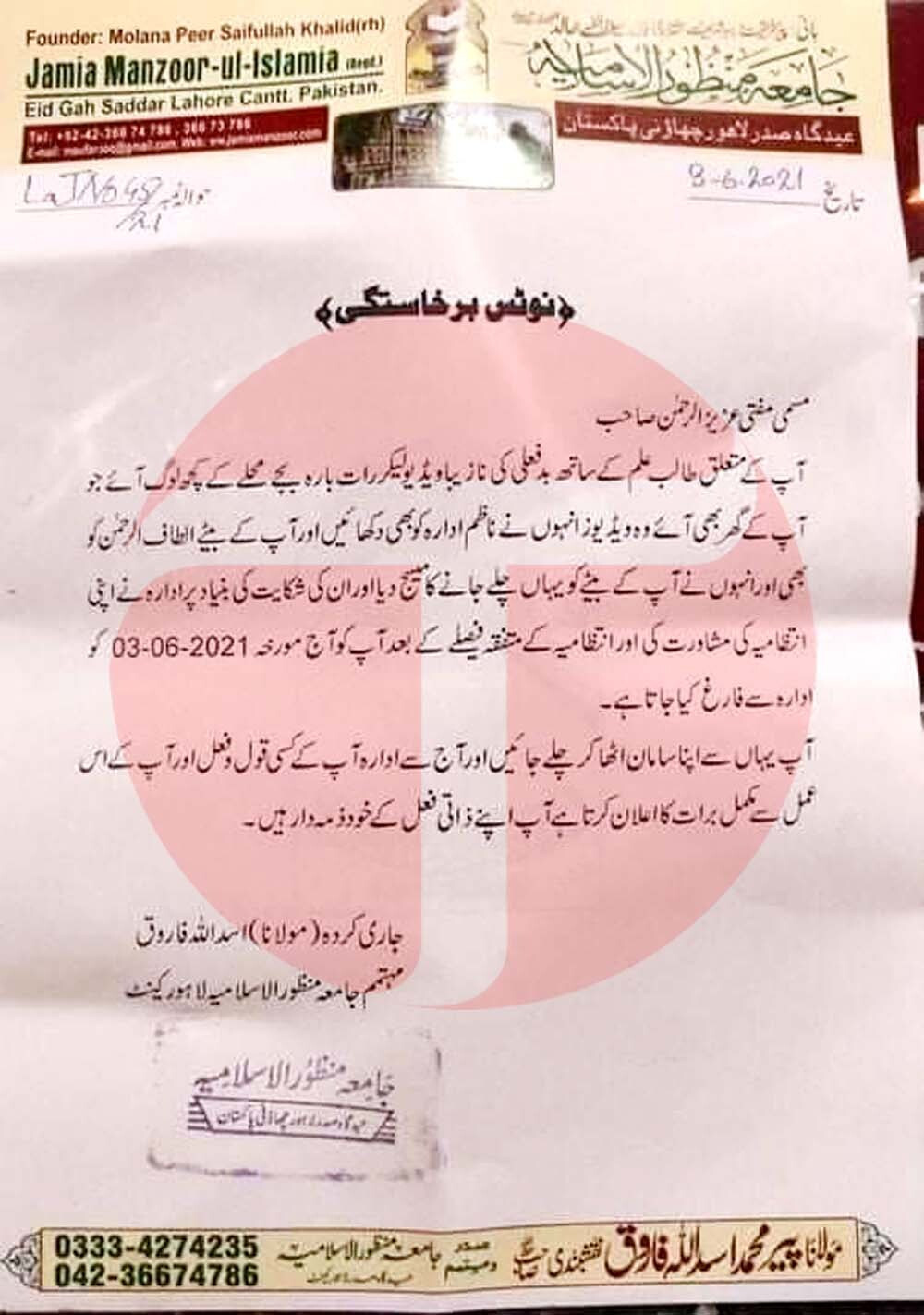 A termination notice issued by the administrator Jamia Asad ul Farooq reads: “A video was produced of you in which you are molesting a student. After consolation the Jamia administration based on the video advised him and his son to leave the campus.”

The religious seminary also announced that it would distance itself from any act or statement of the mufti.

The Punjab Police said that they had not received any complaint till the filing of this report.

A spokesperson said that they would proceed according to law when they received one.

The alleged molester is claiming that he was drugged by the boy What a believable defence. NOT.

'My land, my vehicle and my son,' Gandapur responds to viral video flak

Hamza most likely to secure an ‘easy win’

Passing the budget in second attempt