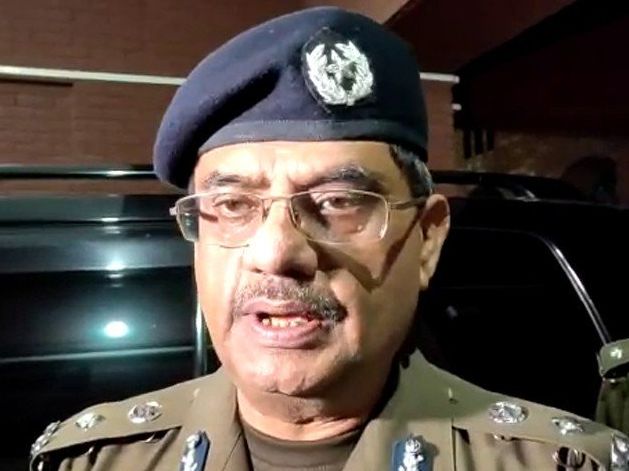 The Punjab government removed on Friday DIG Umar Sheikh from the post of capital city police officer (CCPO) Lahore months after he was appointed on the position following much controversy.

The police officer's transfer was authorised by Punjab Chief Minister Usman Buzdar. He has now been posted as deputy commandment Punjab constabulary.

Sheikh's appointment as Lahore's chief police officer came on September 8. However, soon after his selection was authorised, then Inspector General Punjab (IGP) Shoaib Dastgir was removed from his post by the Pakistan Tehreek-e-Insaf-led provincial government after he refused to work with Umar Sheikh. 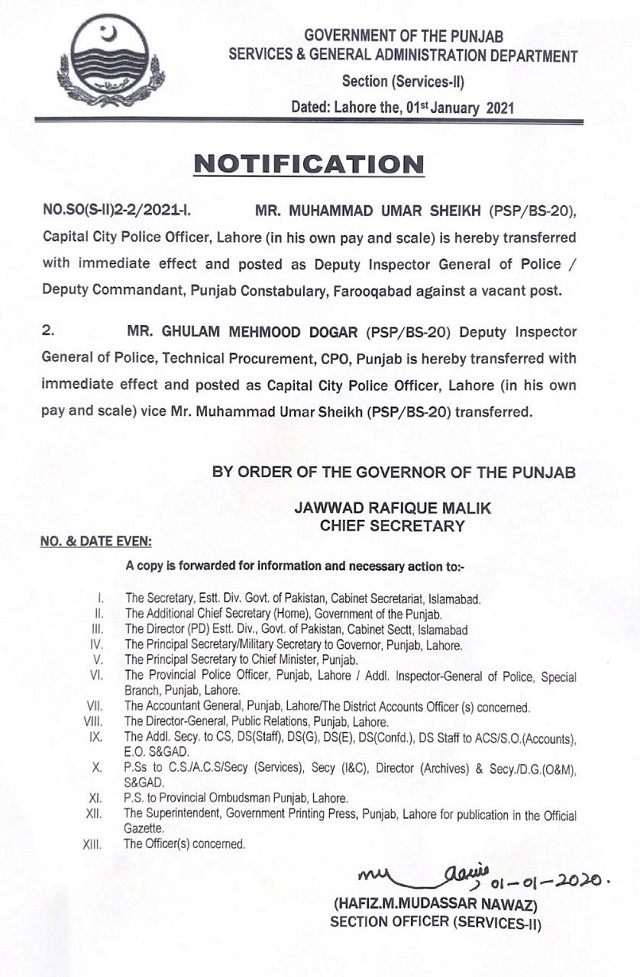 Dastgir was the fifth IG Punjab to be changed in two years under the PTI government.

A day earlier to Sheikh's appointment being confirmed, the IGP had met CM Buzdar and requested to “transfer him to any other suitable place”. Reportedly, he had told the CM he would not continue as the IGP until the CCPO was removed.

Dastgir had complained that he was not consulted when the decision to appoint the CCPO was taken.

Sheikh's removal has come following his and three other police officers' promotions hanging in the balance. He had openly expressed reservations against the constitution of a central selection board that was to decide on his promotion

Sheikh had expressed concerns over two police officers in the board who had opposed his promotion to the next rank in the previous meeting of the board as well.

A controversy after another

Sheikh remained at the centre of many controversies all throughout his tenure as the CCPO. Days after his appointment, he found in the midst of a campaign seeking his removal, initiated by women's right's activists following his remarks on the horrific motorway gang-rape incident.

Soon after, a woman accused Sheikh of hurling abuses against her when she contacted him regarding a complaint against a sub-inspector and other policemen

A few days ago, chief justice of the Lahore High Court Chief also took notice of Sheikh's remarks made to a media person in an interview wherein he had commented on the working of courts, accusing them of releasing criminals on bail.

According to a report published in this newspaper on December 30, the Lahore police department was said to have witnessed rows of an unprecedented nature among its most senior officers after DIG Umar Sheikh took charge.

Since the appointment of the CCPO, an IGP, SSP, SP and a DIG have been transferred after conflicts with him. Besides, about 50 officers of the Police Service of Pakistan (PSP) signed a declaration in support of then IGP Shoaib Dastagir.

The services of two former CCPOs, BA Nasir and Zulfiqar Hameed, along with a large number of other officers who had played a role in campaigning against their successor during the Dastagir-Sheikh controversy have been surrendered to the federal establishment division.