Senate delegation, others attending the jirga did not object to the ruling party leader's objectionable action 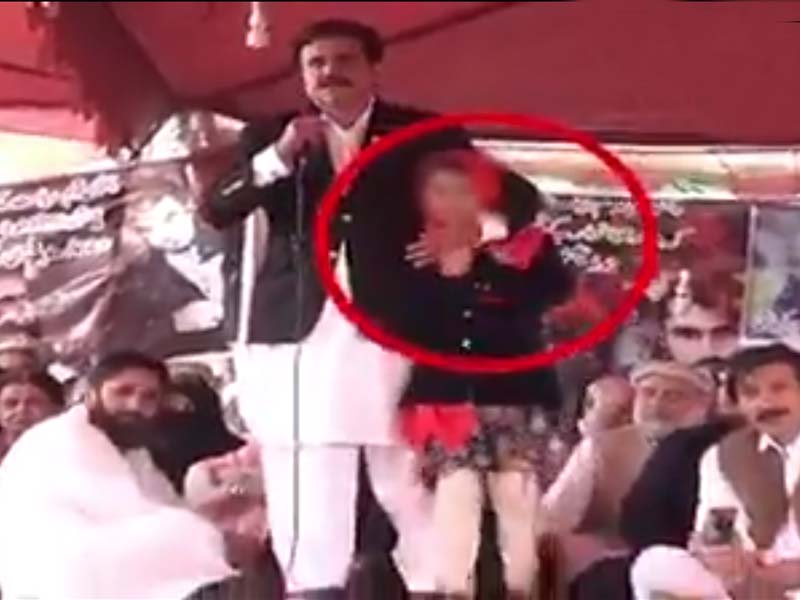 In the video Muhammad can be seen addressing protesters who had congregated in Sohrab Goth area against the alleged extrajudicial killing of Naqeeb Mehsud. SCREEN GRAB: FACEBOOK

A video of a lawmaker 'groping' a young girl in Karachi caused outrage on social media on Wednesday with viewers linking it to recent spate of child abuse cases.

The video was circulated on a Facebook page with the lawmaker being identified as Pakistan Muslim League-Nawaz (PML-N) Nisar Muhammad. He is a member of the Senate Standing Committee on Human Rights.

In the video Nisar can be seen addressing protesters who had congregated in Sohrab Goth area against the alleged extrajudicial killing of Naqeebullah Mehsud.

On January 13, Malir SSP Rao Anwar had claimed the killings of at least four suspected militants, including Naqeeb, during an encounter in Shah Latif area. Based on the findings of the inquiry committee, in which the suspended SSP and his police team were found guilty, the family registered a murder case against the cops.

The video shows the senator continuously 'groping' the girl, who is standing next to him, during his address.

Interestingly, neither the senate delegation nor the members of the crowd object to his actions or even try to stop him.

The senator was at the gathering as part of a senate delegation which happens to represent the Senate's Standing Committee for Human Rights.

The MPAs met organisers of the jirga where they were joined by Sindh Assembly Speaker Agha Siraj Durrani and Jamaat-e-Islami emir Sirajul Haq.