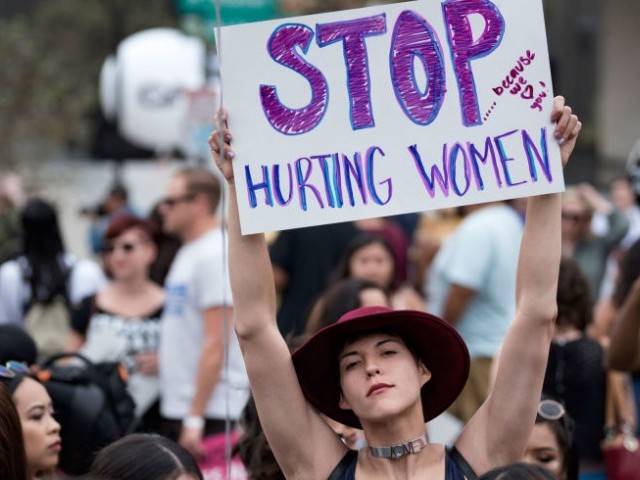 A young Indonesian woman has recounted how she tracked down a man who groped her on the street in broad daylight, in what has become one of the nation’s most high profile “Me Too” moments.

Named only as Amanda, the 22-year-old told local media that she posted CCTV footage of a man on a motorcycle grabbing her breast while she was walking alone in the city of Depok, West Java, because she believed her complaint was not being taken seriously by the police.

The clip went viral on social media and the suspect, 29, was subsequently arrested. “The police say my case is progressing quickly,” said Amanda. “But I think it is only because I made it go viral. Sexual harassment happens all the time, but people – including the police – don’t see it as a real problem.”

Her bold decision to go public resonated in a country where grassroots women’s movements are starting to spring up to fight back against widespread street harassment.

“It’s an epidemic, and, unfortunately, at the moment, Indonesia has no legal protection for sexual harassment,” Yuniyanti Chuzaifah, vice chairwoman of the National Commission on Violence Against Women told the New York Times in December.

“Women have to be brave to report it, and the police services here are not friendly towards victims,” she said. “There’s a lot of victim-blaming, like it is their own fault.”

Amanda described how she had been en route to the train station on January 11 when a man drove up behind and violently groped her.

“He actually stopped next to me, grabbed me, and with his right hand accelerated his motorbike to get onto the main road. I screamed at him, but it was quiet there so no-one heard,” she said.

The incident left her crying and shaking, but she still had the presence of mind to record his licence plate number and recover CCTV footage of the incident from a nearby property.

Feminists lash out at French actor for attack on #MeToo

But despite her evidence, Amanda was passed from one police department to the next.

“I felt disappointed,” she said. “I thought my report would probably not get processed. So I went to an Instagram account with lots of followers, @InfoDepok, and asked them to help my case go viral,” she said.

Her case was solved when a different police unit saw her video and found the culprit. She was given the chance to confront him at the station but “he just kept going around in circles,” she said. “He said he had made a mistake because he was stressed.”

She had decided to press charges but not out of revenge. “I want this to be a deterrent for other potential harassers…I want them to see that they can’t just go around grabbing anyone they want,” she said.

Read more: groping , Latest , Me too