Education is the last defence

Education is the last defence

When it comes to the plight of educat­ion in Pakist­an, there is a lot to be fearfu­l about.
By George Fulton
Published: March 15, 2011
Tweet Email 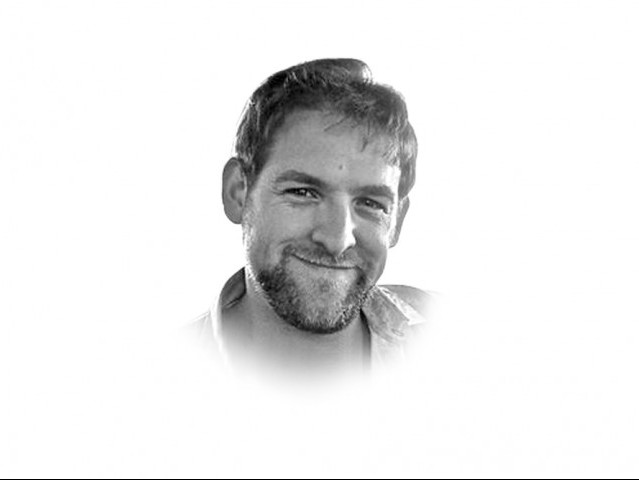 The writer is a freelance print and broadcast journalist george.fulton@tribune.com.pk

The Pakistan Educational Task Force has missed a trick. For those unaware, the Pakistan Educational Task Force is a national initiative mandated by the prime minister of Pakistan in October 2009, and supported by the UK government, to support the implementation of a new National Education Policy for Pakistan. Its members include the federal and provincial secretaries of education, leading non-government and private sector representatives, international experts and representatives of major donor agencies. Unless you’ve been living under a rock for the past few weeks, you’ve probably been alerted to their ‘March for Education’ campaign.

As media campaigns go, this has been extremely effective in highlighting the sorry plight of education in Pakistan. Not that it was too difficult. The compelling and grim statistics are powerful enough in telling their own story. One in 10 of the world’s children not in primary school live in Pakistan. There are 26 poorer countries than Pakistan that send more children to primary school. One-third of all Pakistani children of primary school-going age, a larger proportion of girls than boys, are not in school at all. One could go on. But this campaign has missed an opportunity. Firstly, it has primarily appealed to you and I — the Facebook wallahs, the bleeding-heart liberals and the twittering English-speaking elite. Secondly, and the very reason it appealed to us, it focused primarily on the economic and social problems that such an education deficit causes within Pakistan. Meanwhile, the rest of Pakistan yawns and continues to ignore the problems.

Perhaps, instead, the campaign should have focused more on a different audience — the military, right-wing populist TV anchors, and the middle classes. How does one attract such groups to seriously consider education policy? Fear. Appeal to their base instincts — their nationalism, their xenophobia and their paranoia. Couch the terms of the debate in the form of a security problem, rather than an economic or social one. There’s nothing like fear to galvanise a lethargic audience. And when it comes to the plight of education in Pakistan, there is a lot to be fearful about.

For the property-owning, business-running middle class, forewarn them of the dire consequence to their own assets if education levels remain at the status quo. With a population set to rise to 340 million by the middle of this century, from 180 million today, what will an uneducated, unskilled, unemployed youth be like for their economic interests? You cannot compete and remain relevant in a globalised world with an unskilled workforce. More importantly, we’ll see the emergence of class warfare. When the revolution comes, and it will come if education remains at current levels, it will be the middle class that risks losing the most at the hands of an angry and frustrated youth. Bloody revolutions are never good for the bourgeoisie. Have I got your attention yet?

For the rabid hyper-nationalists, we should be waxing lyrical on how a robust education policy will restore Muslim pre-eminence and power in the world. Historian Niall Ferguson has persuasively argued in his latest book that the emergence of a dominant West and a declining Islamic East was due to the divergent paths these two civilisations took towards knowledge in the 16th and 17th centuries. Western rulers embraced education and the age of science. Power was taken away from the priests and the clergy and the secular state emerged. Scientific advancements ultimately led to breakthroughs in weaponry, further cementing the West’s advantage. Meanwhile, Muslim scholars, once the most pioneering scientists in the world, were denied access to this free flow of ideas emerging in the West. Clericism curtailed the spread of knowledge in the Islamic world. In 1515, an Ottoman decree threatened anyone with death if they were caught involved in printing. Reading of printed books was banned, whilst calligraphy and the Ottoman script was deemed sacred. This view did not change until the 18th century, and by then it was too late. The Islamic East had been left behind; the failure to reconcile Islam and science had proved fatal for the Ottoman Empire.

If that little history lesson doesn’t get their chauvinistic blood pumping, we should be screaming about India. India is kicking our backsides in education. India is on track to meet its educational millennium goals, whilst we have zero chance of meeting ours. Hindustan is reducing the numbers of its young children that are out of school at 10 times the rate that Pakistan is. This educational superiority is already leading to growing scientific advancement and economic clout. And we know from our history lesson above what growing scientific advances and economic clout lead to — yep, greater military power. This should be hammered home again and again in Rawalpindi.

But we have the ultimate weapon, you may say? Yes, we have the nuclear bomb. But the other nations with the bomb also have the soft power — technological and economic influence — to underpin their military threat. We are a skinny, stupid kid with a big stick compared to the likes of Israel, India, the US, the UK, and China. They are the far bigger, smarter kids with exactly the same stick. Which side wins?

But will the generals really believe that an enlarged educational budget, perhaps at the detriment of their own defence budget, will provide greater internal and external security for Pakistan in the long term? It remains to be seen. But General Kayani should perhaps heed Muhammad Ali Jinnah’s prophetic warning from 1947, “education is a matter of life and death for Pakistan. The world is progressing so rapidly that without the requisite advance in education, not only shall we be left behind others, but we may be wiped out altogether.” With Pakistan’s approaching demographic time bomb, coupled with its current chronic failure in education policy, Mr Jinnah may be proved right sooner than even he imagined. You have been warned.