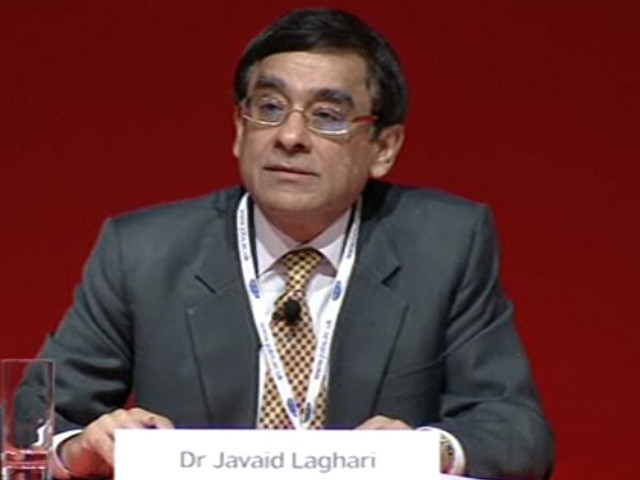 Laghari claimed that Pakistan is now strategising to ensure that higher education will be geared towards industry and creating jobs.

In stark contrast to the recent alarming reports about the ‘education emergency’ in Pakistan, Going Global 2011, the British Council’s international education conference, saw Pakistan pitched as a success story in higher education.

“How has Pakistan, which is the frontline state in the War on Terror, faced internal and external [educational] challenges and has overcome them successfully? We have undergone a revolutionary growth in higher education in the last seven years … the number of universities have increased by 35 per cent, student enrolment by 300 per cent, gender gap narrowed from 36 per cent females to 46 per cent,” was the unexpected positive note upon which Dr Javaid Laghari, chairperson Higher Education Commission Pakistan (HECP) built his talk at the conference.

“On our part, the British Council hopes to build sustainable systems for education in Pakistan,” says Nadia Akram, Head of Education UK, British Council. “We want to enable universities and schools to take our training, adopt such initiatives as their own and grow, possibly with our assistance in building their relationships with international institutions in education and R&D.”

Hosted in Hong Kong, the conference brought together 1,000 delegates shaping the future of education worldwide, to identify, debate and build upon global trends in schools, universities and policies. The Pakistan delegation was represented by Laghari and director-general research & development HECP Dr Muhammad Latif, along with deans, rectors and British Council representatives.

Laghari’s claim that Pakistan is now strategising to ensure that higher education will be geared towards industry and creating jobs, fell flat in the face of UNESCO citing the “30 per cent of Pakistanis live in extreme educational poverty – having received less than two years of education,” as highlighted by the Pakistan Education Task Force (PETF).

“There is certain disconnect between the reality of education in Pakistan and what officials at the top would like to believe,” said one Pakistani delegate at the conference.

“Even the claim of producing a massive number of higher education degree holders begs the question, what quality and standards do those degrees meet, and are they relevant to Pakistan’s diverse needs?” the delegate added.

The most encouraging aspect of Going Global was definitely the exchange of ideas and uncovering stories of the much-needed ‘hope’ upon which Pakistan continues to float. Aside from sending over 10,000 students for higher education to the UK, The British Council is doing its part by working on a number of initiatives including career guidance qualification to ensure the availability of good counselors for students; holding annual virtual exhibitions for study aboard programs;  helping in collaborative initiatives via the International Strategic Partnerships in Research and Education (INSPIRE) project between Pakistan and the UK, and even the very basic teacher training in the English language.

In addition, as Dr Laghari adds mid-session, “Science Watch, a prestigious magazine in the UK, has called Pakistan a ‘rising star’ in 2011, citing its research growth, in which we are ranked first in microbiology and plant/animal sciences.”