We don’t need no education

We don’t need no education

I agree that more needs to be done than to alloca­te more money to the sector. Existi­ng funds need to be spent wisely.
By Fasi Zaka
Published: March 14, 2011
Tweet Email 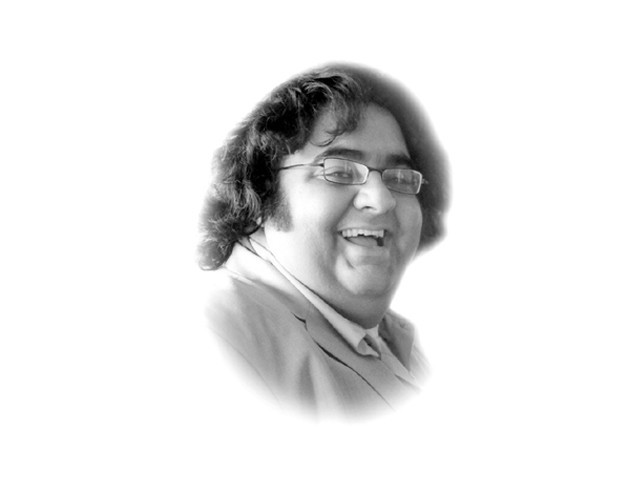 When asked “do you believe in human rights?”, everyone will say they believe in them in one form or the other. But, of those who say yes, there will be people who beat their servants or mistreat their women.

Education is a lot like that. Survey after survey shows that Pakistanis believe that education is important, even illiterate parents regard it as a priority for their children. But I don’t take these views at face value, partly because the demand for education has never been articulated with force.

People have managed to get their representatives to build them sewage systems, roads and electrify their constituencies. Education doesn’t merit the same kind of demanding insistence.

There are three main reasons for this. First, we don’t know the scale of the problem and its impact. Second, we think we are just too poor to have universal access to quality education. And third, there is no point in acting now, after losing more than six decades. Each of these arguments is wrong. Believing in these opinions is like saying: We don’t need no education.

According to the Education Emergency report recently released by the Pakistan Education Task Force (conflict of interest disclosure: I am involved with the ‘March for Education’ campaign), the cost of not educating Pakistan is the equivalent of having a major flood every year.

Also, we have the money. There are 26 countries poorer than Pakistan who send more children to school. That includes Uganda, often the butt of jokes in Pakistan as the archetype of an underdeveloped nation. And lastly, if we start spending money on education we can see results in only two years’ time.

I have heard people say, “well all this is good, but what about the poor quality of education, the high dropout rate, the…” and on and on. I totally agree that more needs to be done than to just allocate more money to the sector — existing funds need to be spent more wisely.

Pakistan faces a grave fiscal crisis and past experience suggests that education and other social sectors will lose money by the greatest proportion. As we prepare for this year’s budget, we must ensure all parties come together in a cross-party fashion to ensure the education system doesn’t choke for lack of funds. I say, at least, let’s give a chance to kids to be poorly educated in our public schools, let’s give them the chance to drop out because it’s so ineffective. Right now, many don’t even have the privilege to be miseducated.

We had a Charter of Democracy. Now we need a Charter of Education. A simple one that states whoever is in power at the national or provincial level will spend a certain amount on education and on ensuring all children can read, write and do at least basic arithmetic.

Developing and implementing such a charter will require politicians (and the military establishment, responsible for half the problem, as they have ruled the country since Independence) to develop a bold, new vision. They will also have to accept that education is the one issue that they can all unite around as they attempt to secure the country’s long-term future.

Already, we can see the debate beginning. Hamid Mir’s show “Capital Talk” recently achieved a coup of sorts when he got members of different political parties (including Ahsan Iqbal) to sign the Education Emergency petition, demanding more funds be allocated to education. We don’t know what the follow-up will be, but at least education is now rising up the political agenda.

Education must be put back at the heart of our nation-building mission. The UNHCR, when responding to disasters, immediately starts building schools in the camps they set up. They know that education continuity is of immense importance when responding to the immediate needs of any emergency. We must respond to our own education emergency with the same urgency and force.

Don’t worry; the kids aren’t likely to become another brick in the wall. There are 26,000 public schools in Pakistan with no building at all.

Protecting the independence of the judiciary — II