Afrasi­ab Khatta­k traces the histor­y of the rise and fall of commun­ist party
By Irfan Ghauri
Published: November 2, 2015
Tweet Email 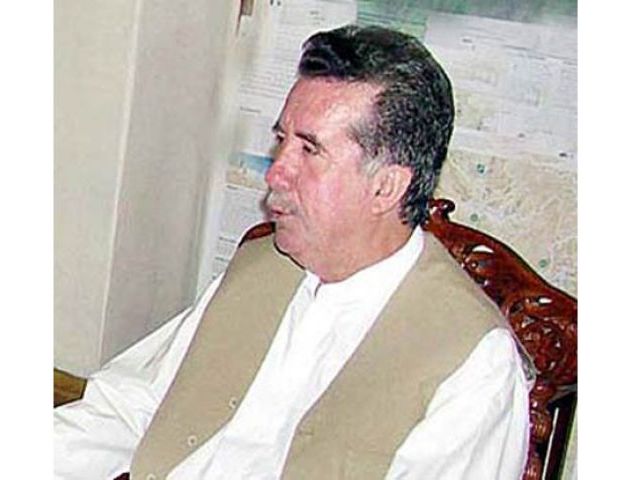 Afrasiab Khattak traces the history of the rise and fall of communist party. PHOTO: APP

ISLAMABAD: The progressive leftist movement in Pakistan has a chequered history. After many ups and downs, it has come to, what can be called, a virtual demise.

While there are still some left-wing parties on the list of over 300 political parties registered with the election commission, none of these have a clear, recognisable leftist ideology, let alone any influence in the current political spectrum or roots in the masses. Political analysts trace the leftist origins in Pakistan to the October Revolution of 1917, years before the formal establishment of the now defunct Communist Party of Pakistan (CPP) – an offshoot of the Communist Party of India (CPI), which was set up in Tashkent soon after the Bolshevik revolution in former Soviet Union.

Tracing the rise and fall of the movement, we interview Afrasiab Khattak, who started off as a doctrinaire leftist inspired by the anti-Ayub sentiments. The two-time chairperson of the Human Rights Commission of Pakistan, he is a former senator of the Awami National Party – a centre-left Pakhtun party. He retired in March this year.

Below are some excerpts of what the veteran politician shared with us.

At the time of Partition, Afrasiab says, there were some movements of working classes in the areas that became part of Pakistan but there was no organised socialist movement.

Many Indians who migrated to Afghanistan in 1920 during the Quit India Movement returned to India but a few crossed into the Soviet Union. Among them was Khushal Khan Kakaji from Bahadur Khail village of Karak.

Afrasiab said when the Indian chapter of the Communist Party was established in Tashkent in 1925, Kakaji was among the founders.

Many other people from north-west India also went to Central Asia during this period. Two of these communist-inspired persons wrote books after their return. One was Mian Akbar Shah, a lawyer from Nowshera, who wrote “Azadi ki Talash” (Search for Freedom). The other writer was Abdul Akbar Khan Akbar, who remained associated with Bacha Khan’s Red Shirt movement. He wrote a book with the title “Turkistan ka Safar”.

The former senator said the communist party in Pakistan was organised by Sajjad Zaheer and other comrades, who were sent by CPI to organise its Pakistan chapter.

After Partition, the CPI believed the situation was ripe for a communist revolution in the newly founded country given the fragile political and socioeconomic conditions. The Pakistani chapter was formed in Kolkata in 1948 and a number of CPI’s Muslim members, including Zaheer, were sent to Pakistan to organise the party structure.

In 1951, however, leading communists were arrested under what came to be known as the Rawalpindi conspiracy. Upset with Prime Minister Liaquat Ali Khan’s policies, Maj Gen Akbar was said to be conspiring a ‘progressive military coup’ along with Zaheer, Faiz Ahmed Faiz and other communist ideologues. The supposed plan was still in the preliminary stage when it was unearthed.

The CPP and all its affiliates, including the powerful Democratic Students Federation, were ultimately banned in 1954.

In 1956, the movement entered its golden era when various leftist groups – the Pakhtun, Baloch, Sindhi and Bengali nationalist parties coalesced and formed the Pakistan National Party (PNP). Maulana Abdul Hamid Khan Bhashani led a breakaway faction of Awami League into the PNP, which then became the National Awami Party (NAP).

Amid the fragile political situation in the country, NAP soon became a significant political entity in both East and West Pakistan.

Set up on socialist ideology, NAP espoused anti-imperialism, secularism, regional autonomy and industrialisation as its core policies. It was against SEATO and CENTO – the defence pacts Pakistan signed with the US that landed the country into the American-led capitalist block.

In the late 1960s, ideological communists split into two Soviet and China blocks, soon after China established diplomatic links with the US. NAP also suffered and was divided into two groups in 1967 –the pro-Soviet camp became the NAP-Wali group while the pro-China faction became the NAP-Bhashani.