Tahira Mazhar Ali brough­t a splash of politi­cal red to the table and more courag­e than most politi­cal men ever muster­
By Editorial
Published: March 24, 2015
Tweet Email 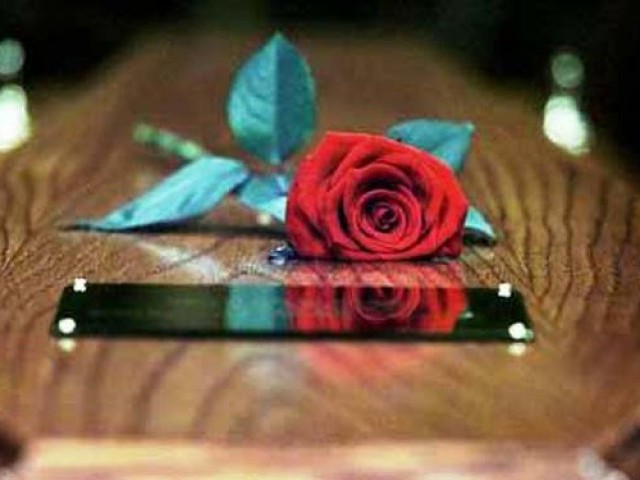 Over decades, she had been a rallying point for women of the Left, and had struggled for the rights of the marginalised for most of her life. PHOTO: REUTERS

The death of Tahira Mazhar Ali on March 23 is a sad loss to the women’s movement in Pakistan. Over decades, she had been a rallying point for women of the Left, and had struggled for the rights of the marginalised for most of her life. Her origins may have been in the affluent and privileged political strata of Punjab politics, but her life’s work was always oriented towards those less fortunate, the underprivileged and the oppressed. She married early, only 16, to Mazhar Ali Khan and whilst having a family life that saw the birth of a daughter and two sons it was she who was responsible for raising the profile of International Women’s Day. In 1950, she formed the Democratic Women’s Association (DWA) and became a thorn in the side of the establishment. The DWA was the first women’s organisation to emerge after Partition, and the first to engage with women at a grass roots level.

It would have come as little surprise to the DWA to find itself banned in the oppressive era of Ayub Khan and General Ziaul Haq, and the DWA did not find life much easier in the Zulfikar Ali Bhutto era either. It evolved into the Women’s Action Forum in 1981 in reaction to the creation of the Hudood ordinances. She was active into her elder years, participating in rallies and demonstrations and was true to the cause of the Left until the end. Fragile in her later years owing to a stroke she is now being commemorated across all media platforms as a woman that Pakistan can and should be proud of. She worked for peace in the post-Partition period when it was not fashionable, and she brought discomfort to the misogynists of the political and social right-wing. The Left has never been a large force in national politics which is largely made up of fifty shades of crepuscular obscurantism, but Tahira Mazhar Ali brought a bright splash of political red to the table and more courage than most political men ever muster.