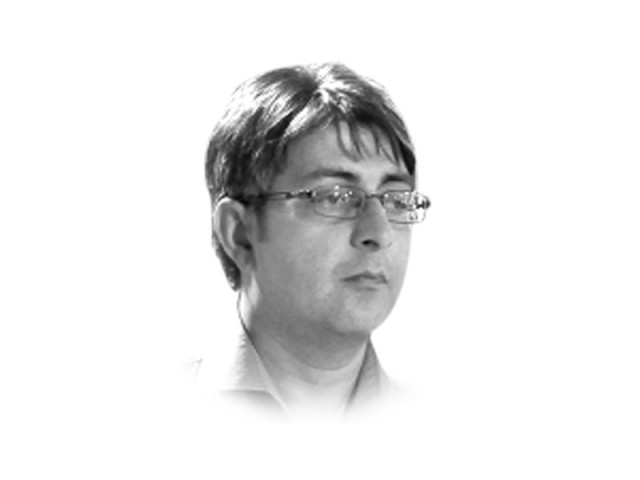 There seems to be a national consensus on the futility of the liberals as a class. Somehow, it has been concluded that a person of liberal values essentially is someone divorced from the ground realities of life. Then there also is the talk of the lack of available space. In the golden words of an Indian colleague, liberal space in Pakistan is confined to a few elite drawing rooms. And finally, comes the accusation that the liberal class has been a traitor to the national cause. It all comes down to, it is vociferously argued, the foreign-sponsored agenda of NGOs which is at odds with the nation’s core interests. Since the country’s powerful religious lobby is viewed as its direct challenger, an effort is made to highlight how prudent and pragmatic the non-liberal forces are in comparison.

And the religious lobby, in close alliance with the other conservatives of the society, has come up with terms like liberal fascists. It goes without saying that such a term is usually an oxymoron. A liberal, by definition cannot be a fascist. And that brings us to the trickiest part of it all. Defining a liberal. I vividly recall the day when, shortly before Bush administration went to war in Iraq, the head of a liberal forum told a hall packed with audience that the Pakistani liberals had nothing to do with the liberal movements of the West, the likes of which were organising anti-war demonstrations. And the case is further complicated by the present disparate shades of liberalism. There are economic liberals, social liberals, political liberals and those who believe in different standards for different people.

Don’t let all of this confuse you. It is not that difficult to understand that a liberal is someone who believes in certain standards of human rights, civil liberties and social justice for all. And such a person hasn’t been as useless as you think. The freedoms you enjoy, the constitutional protection for them all, the strong emphasis on democratic values, some measure of accountability in society and whatever passes for cultural pluralism, are all due to this person’s struggles. Had it not been for liberals, the country would have been transformed into a retrogressive police state.

It is true that in the past the utilitarian value of a liberal hasn’t been much for the state. But the pre-9/11 state was one piece of work. It was irrational, irritable, dogmatic, suicidal in extreme and not very convinced of its responsibilities as a nation-state. It hedged all its bets on the religiously-inspired conservative lobby. The one, we may add, which had never accepted the idea of Pakistan in the first place. The nature of pan-national sentiment within the religious elite of our faith is such that it works to undermine the bounds of a responsible nation-state. So this cooperation has brought nothing but embarrassment to the state and, of late, a lot of pain and misery. When you are being attacked left, right and centre by people who use a perverted version of your faith to undermine you, this realisation is bound to dawn on you. The state, for instance, is under no illusion today that the religious proxies, while apparently working in subservience to the state’s cause, actually end up exploiting it.

As the country fights many demons of its own making, the society gradually settles for the democratic values. A common man on the street, no matter how religious, is tired of religious politicians and hates religious militants. An average citizen of our country, by virtue of being a family man or woman, is essentially a moderate by nature. The very citizen has been using religious values as a stopgap alternative to the law of the land in which he/she did not simply have enough faith. But with the strengthening of democratic institutions, awareness through media and other means and the state’s fresh bid to establish its writ, this trust deficit is gradually being overcome.

What our political class and the media still does not get is that the state is cognisant of the fact that the conservatives, religious and otherwise, have outlived their utility. Liberal and democratic faces, when not corrupt, offer the state the soft power and enough wiggle room to operate in the global arena. So there is no doubt in my mind that our future is democratic and liberal.