DCO Mastung sacked the five Balochistan levies personnel because they had neglected their duties at the Khad Kocha. PHOTO: EXPRESS
QUETTA:

Five Levies personnel have been discharged from service for failing to perform their duties.

Deputy Commissioner Mastung Ali Akbar Baloch has terminated the services of the five Levies personnel connected to  the Kadh Kocha incident which took place on Wednesday.

Around 23 passengers were gunned down in the Kadh Kocha area of Mastung while the two passenger coaches they were travelling on were on their way from Quetta to Karachi on May 29.

According to police spokesman, Deputy Commissioner Mastung sacked the five Balochistan levies personnel because they had neglected their duties at the Khad Kocha levies check post.

“The Balochistan levies personnel were on duty at the time but did not respond,” the spokesman said. 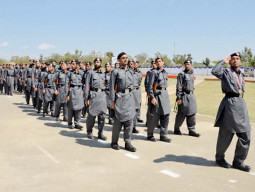