Minister says government is distributing Rs52,000 to each family through Ramazan package. Federal Minister for SAFRON Abdul Qadir Baloch has said that 80% payment of Ramzan package to the internally displaced persons (IDPs) from North Waziristan Agency have been completed while the remaining would also be paid before Eidul Fitr.

Talking to Pakistan Television (PTV), the minister said the government is distributing Rs52,000 to each family through Ramazan package. One million IDPs have been registered so far, he added. He said the federal government was committed to removing all the difficulties of IDPs and providing all the basic facilities, including health, food, drinking water and tents.

He added that not only North Waziristan but the whole country had faced terrorism but the nucleus was in North Waziristan which should be eliminated, adding that there is no place for terrorist in the country. 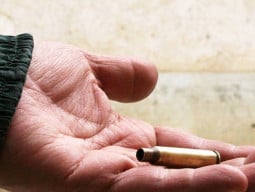