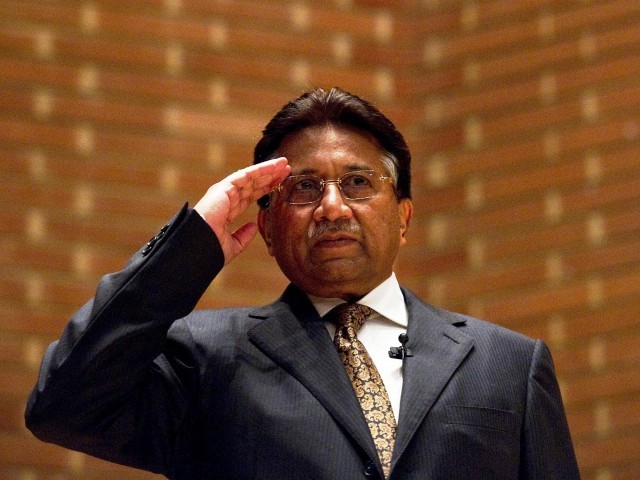 LONDON: Former president Pervez Musharraf warned on Wednesday that Pakistan’s military could launch another coup, as he prepared to launch a new party and rejoin the country’s turbulent politics.

The retired general said army chief Ashfaq Pervez Kayani could be forced to intervene against the government of President Asif Ali Zardari which he said had failed to tackle rampant militancy and a crumbling economy.

Musharraf cited as evidence a reported crisis meeting this week between Kayani, Zardari and Prime Minister Yousuf Raza Gilani. Asked whether he thought there was a likelihood of a new coup, he told the Intelligence Squared debating forum in London: “Well, you see the photographs of the meeting with the president and the prime minister and I can assure you they were not discussing the weather. There was a serious discussion of some kind or other and certainly at this moment all kinds of pressures must be on this army chief.”

The 67-year-old said similar “pressures” when he was head of the army from 1998 to 1999 had led him to launch the coup against then prime minister Nawaz Sharif. “In that one year Pakistan was going down and a number of people, including politicians, women, men, came to me telling me ‘Why are you not acting? Are you going to act for Pakistan’s good?” Musharraf said. “Now I am in a dilemma — the army chief, what does he do? There is no constitutional provision, what does he do?”

Musharraf said the armed forces need to play a larger political role, as he discussed plans for his own bid to return to power as a civilian. Musharraf confirmed that he would launch a new political party in London on Friday to contest the next elections in 2013 but refused to say when he would return to Pakistan, where he could face treason charges.

He said the army should have a constitutional role, rather than an informal position in the country’s leadership and asserted that the army should play its part in keeping checks and balances and ensuring good governance. He was speaking in a public interview with former British ambassador to the US Christopher Meyer.

He said Zardari’s government had failed adequately to deal with Pakistan’s moribund economy, the threat from Taliban militants, and the after effects from devastating floods earlier this year. Pakistan’s powerful military has ruled the country for over half of the country’s existence since independence from Britain in 1947.

Meanwhile, analysts have pointed to rumours that the military is gearing up to engineer an alternative to President Asif Ali Zardari’s elected government. They suggest Musharraf could carve out a space for himself as a negotiator between the military and civilian leadership.

Musharraf is set to unveil the manifesto of his newly launched All Pakistan Muslim League (APML) on October 1. His claims that he can become the president of the country once again have drawn scorn from political rivals. The ruling PPP government has said that Musharraf will have to face the courts upon his return.