Musharraf to unveil manifesto on Oct 1

Musharraf to unveil manifesto on Oct 1

Mushar­raf will unveil the manife­sto of his newly launch­ed APML on Oct 1, accord­ing to a senior party aide
By Manzoor Ali
Published: September 18, 2010
Tweet Email 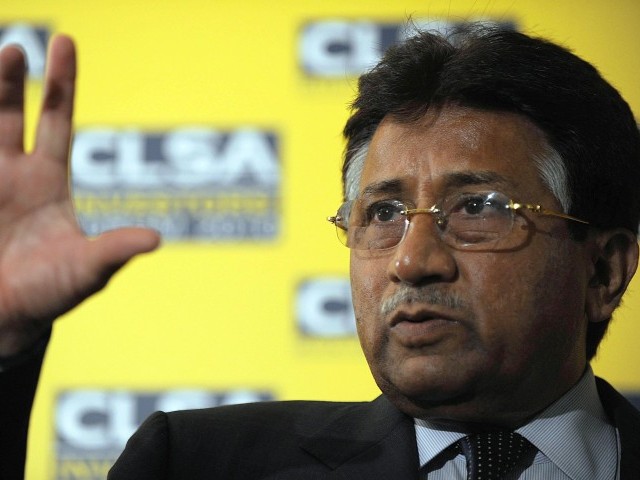 Addressing a press conference at the Peshawar Press Club, Major General (Retd) Rashid Qureshi of the APML said that the former president was also making preparations to return to the country. “The rulers have plundered the nation’s wealth and I appeal the people to join hands with Musharraf to avert the challenges faced by the country,” said Qureshi, who was flanked by former federal minister Barrister Ali Saif.

Qureshi was speaking after Pakistan Muslim League Quaid (PML-Q) central additional information secretary Moazam Butt had announced that he had joined the APML.

He said: “The sitting rulers cannot be considered as the true leaders since they have led the country towards destruction and created economic problems for the nation”.

Qureshi pointed out that Musharraf had collected Rs260 million for the welfare of the flood survivors in addition to his personal donation of Rs10 million. Musharraf, according to Qureshi, had the qualities required to lead the country and devise plans for the improvement of the socio-economic conditions of the country and its people.

Barrister Saif said that the APML had already been launched last March. The party’s chief Musharraf would announce his programme and vision for improvement of the country’s economic conditions on October 1.

The party has already launched membership drives in three provinces of the country. A similar drive in Khyber-Pakhtunkhwa is in the process, with several prominent political figures promising to join the new grouping. Barrister Saif said that the APML would not be a secular party as Pakistan was an Islamic country and every step would be taken in accordance with the constitution.

Regarding the criminal cases against Musharraf, he said that the former president had not committed any crime and the cases against him were baseless. He said that the FIR against the killing of former Baloch leader Akbar Khan Bugti was very weak, as he was killed during a military operation which had left several army officers dead as well. However, he said that the government had formed a judicial commission for this purpose and its finding had yet to come to light.

Moazam Butt disclosed that PML-Q’s president in Khyber-Pakhtunkhwa Amir Muqam had also wished to join the party and would attend a meeting of Musharraf’s party in London soon.