ISPR says 1,991 stranded individuals have been evacuated across the country during the last 24 hrs

Rescue and relief operations by the Pakistan Army continued across the country on Friday as Sindh braced for yet more flooding.

A surge of water flowed down the Indus river on Thursday, threatening further devastation in a country already a third inundated, in a growing disaster blamed on climate change.

However, the Inter-Services Public Relations (ISPR) said in a statement on Friday that 200 helicopters sorties have been flying in various areas of Pakistan to evacuate stranded people and also transport rations and medicines. 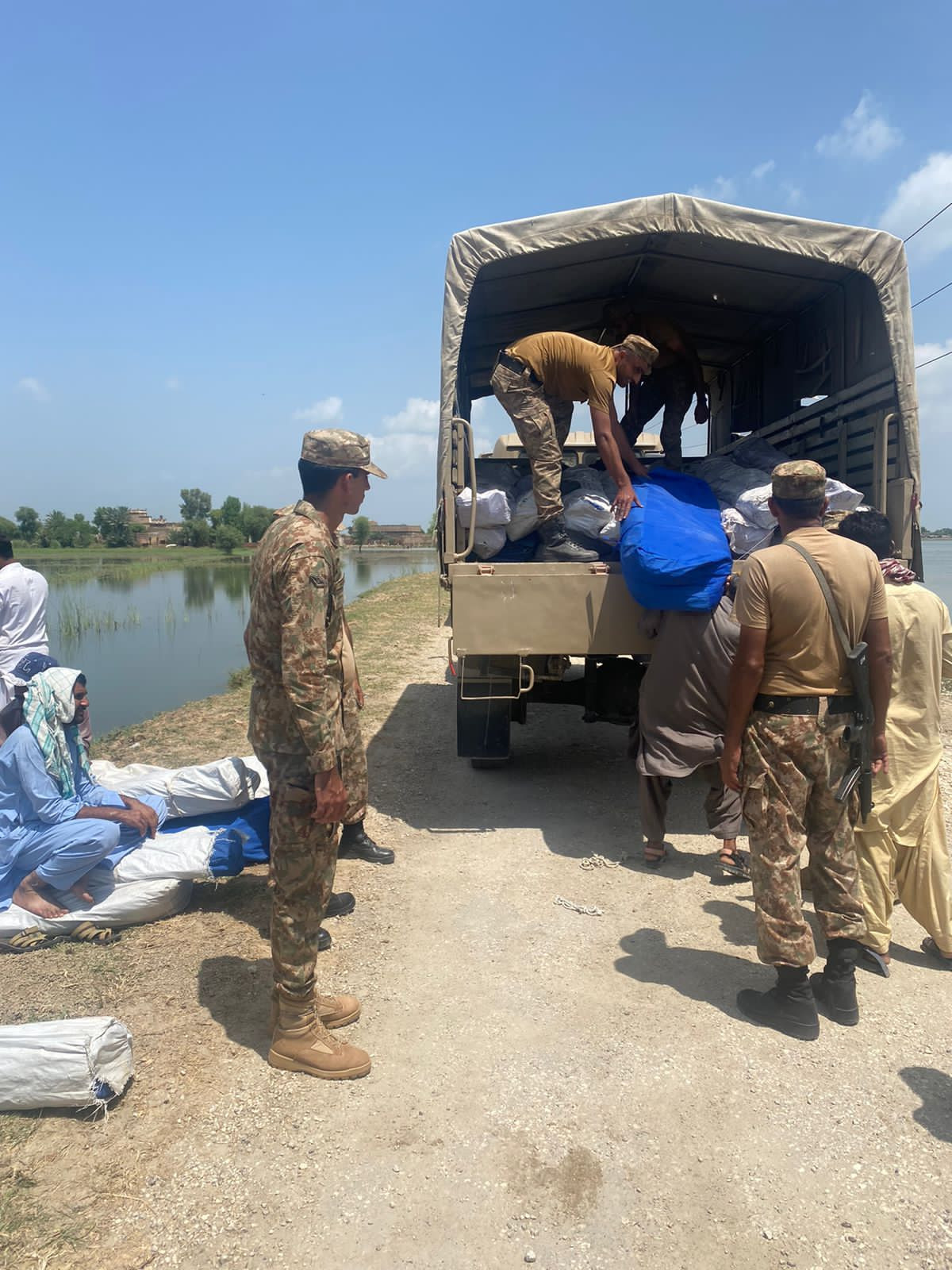 According to the military's media wing, “1,991 stranded individuals have been evacuated and 162.6 tonnes of relief items have been delivered to flood-affected people during the last 24 hours.”

“So far, more than 50,000 individuals have been shifted to safer locations from the calamity-hit areas, whereas 147 relief camps are functional round the clock in flood-affected areas of Sindh, Southern Punjab, Balochistan,= and Khyber-Pakhtunkhwa for flood affectees,” it added.

The ISPR furthered that more than 60,000 patients have been treated and provided with free medicine for three to five days. It maintained that 221 collection points of the flood relief items have been established across the country, where more than 1,350 tonnes of food, medicines and other sustenance items were collected. 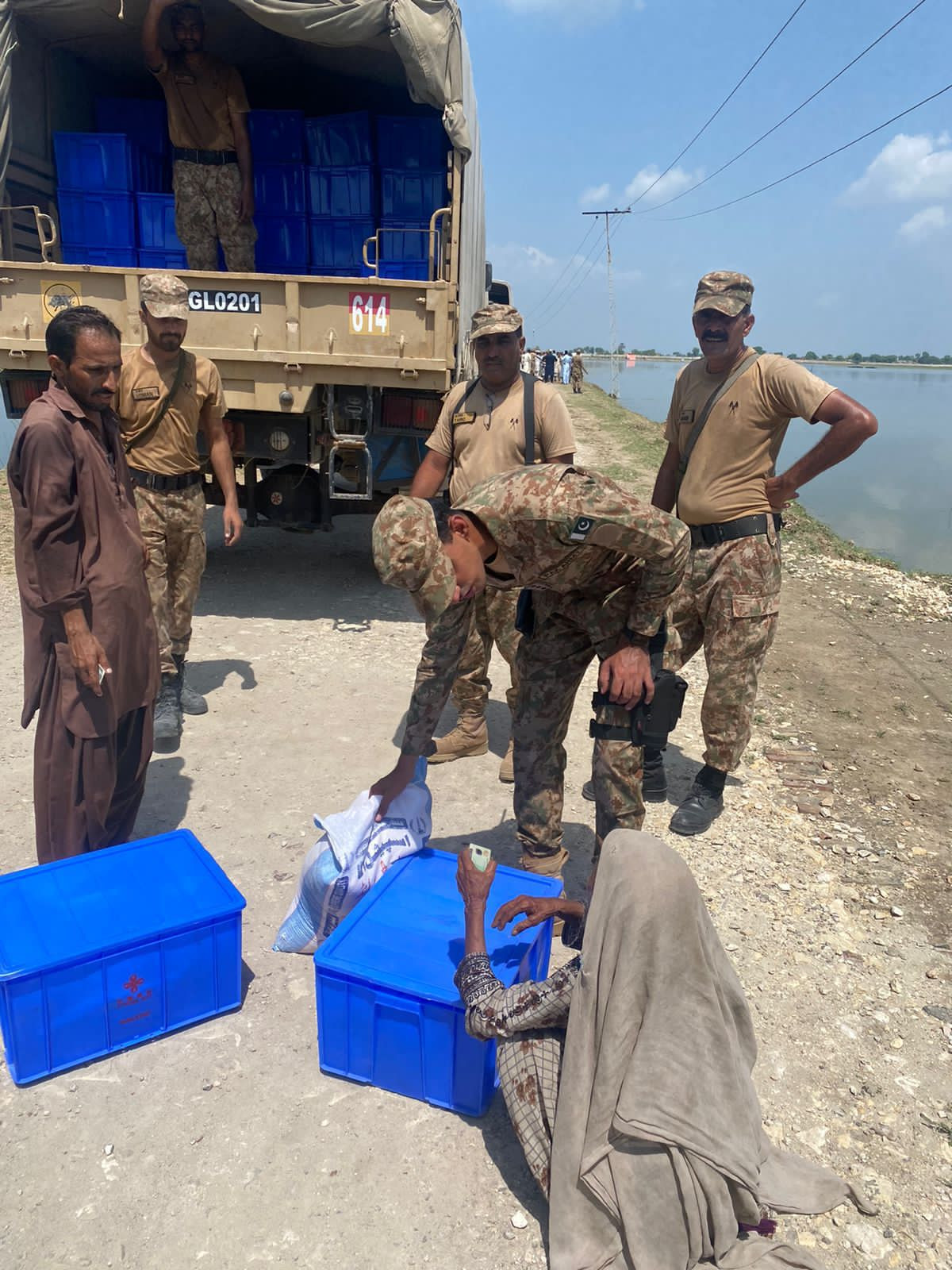 The army has also established relief camps in different areas of Karachi for collection of donations and essential commodities to be supplied to the people of the flood-hit areas.

During the telephonic conversation, the premier and the army chief talked about the situation of flood victims and relief and rehabilitation operations in the flood-hit areas.

Meanwhile, flood torrents, after devastating Larkana, were raging in the Dadu district. After inundating the Khairpur Nathan Shah taluka of the Dadu district and Sujawal Junejo taluka of Kambar-Shahdadkot district, the Mehar taluka of Dadu came under serious threat of flooding.

The flood is now gushing towards Shahdadkot town. To prevent the flooding, three cuts were made in Kambar-Larkana road and two in Garhi Khairo road to lessen the water pressure but it severed the road link between Shahdadkot and Balochistan.

Record monsoon rains have triggered floods that have killed at least 1,191 people, including 399 children. The floods have swept away homes, businesses, infrastructure and roads. Crops over some 2 million acres of farmland have been destroyed.

The government says 33 million people, or 15% of the 220 million population, have been affected. The military said that the troops had evacuated some 50,000 people, including 1,000 by air, since rescue efforts began.

The National Disaster Management Authority (NDMA) said some 480,030 people have been displaced and were being looked after in camps. The World Health Organization said that more than 6.4 million people were in dire need of humanitarian aid.