National Assembly Speaker Asad Qaiser on Tuesday summoned an in-camera session of the parliamentary committee on national security to discuss the security situation in the region as well as the country on December 6.

The NA speaker will preside over the meeting and National Security Adviser (NSA) Moeed Yousuf will give a briefing to the parliamentarians on the security situation of the region as well as the country in particular.

All parliamentary leaders from both sides of the aisle, including the Leader of the Opposition Shehbaz Sharif, have been invited to the meeting. 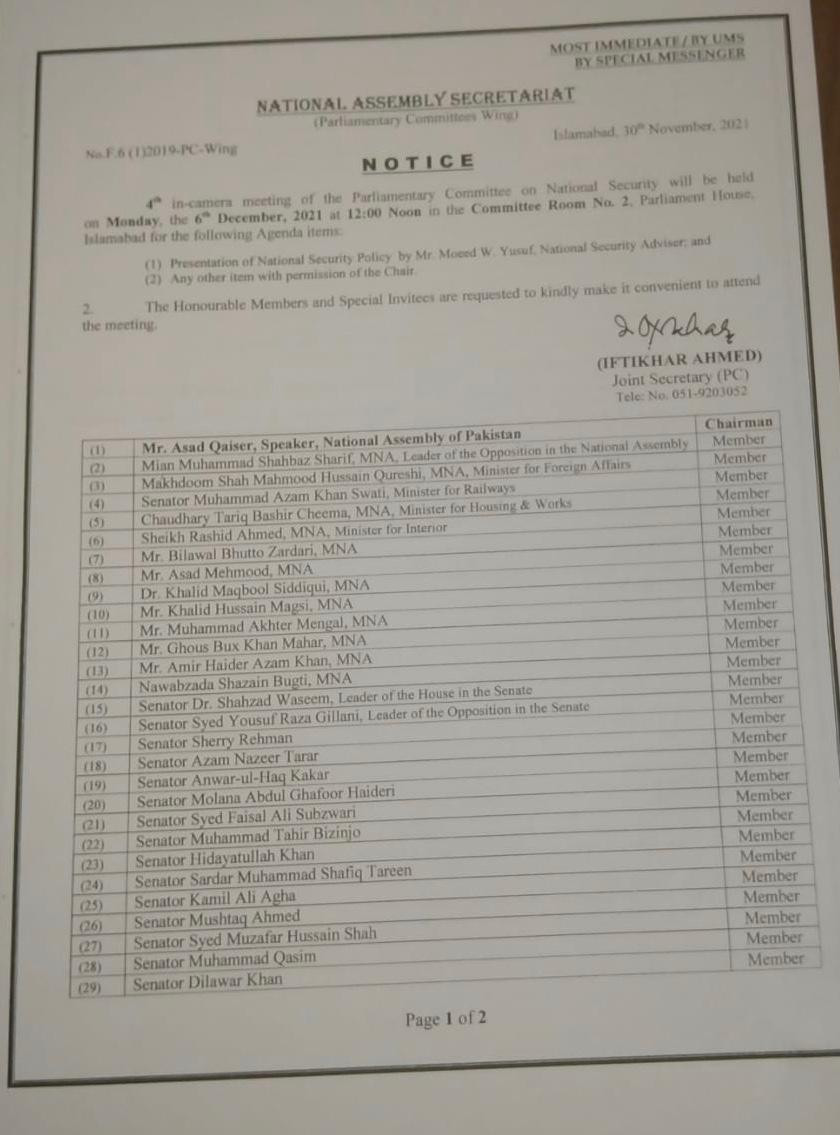 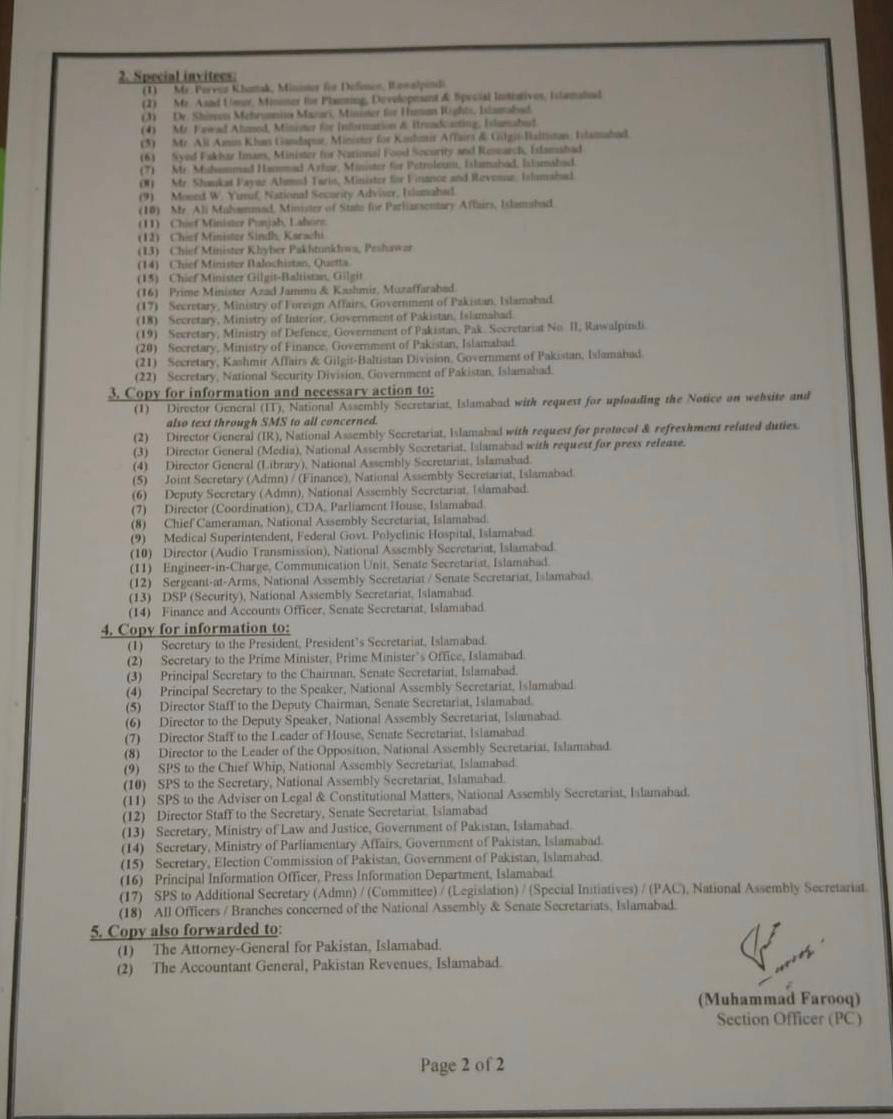 A copy of the notification issued for the parliamentary committee meeting available with The Express Tribune.