Anxiety and fear for women in Taliban stronghold

So far, 1,000 tonnes of humanitarian aid has been dispatched to the neighbouring country

Pakistan on Saturday dispatched another 345 tonnes of food items to Afghanistan as humanitarian aid for the war-torn country.

The aid, consisting of flour, rice and pulses, was provided under the Pak Afghan Cooperation Forum and was handed over by Deputy Commissioner Chaman Jummadad Mandokhel to Afghan government representative Haji Kiramat.

Afghan government representatives and others were present on the occasion. 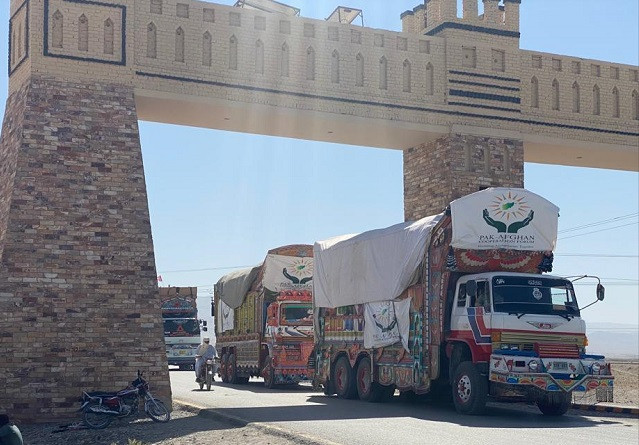 "So far, 1,000 tonnes of humanitarian aid on 55 trucks has been sent by the forum to the neighbouring country," said an official who was part of the handing over ceremony.

Earlier this month, Pakistan handed over another consignment of aid to Afghan authorities at the Torkham border.

According to a statement, Pakistan sent six trucks full of flour, rice, and pulses to Afghanistan. On September 29, four trucks carrying 70 tonnes of humanitarian aid were handed over to Afghanistan. The trucks were carrying flour, sugar, rice, oil and pulses.