The Election Commission of Pakistan (ECP) has appointed Omar Hameed, a retired grade 22 officer of the Secretariat Group, as secretary election commission on contract basis.

Zafar Iqbal, a retired officer of grade 21 has been appointed as special secretary election commission on a one-year contract.

The ECP issued the notifications of the new postings following the approval of Chief Election Commissioner (CEC) Sikander Sultan Raja.

According to the ECP notification, Dr Akhtar Nazir, who was appointed secretary election commission in May last year, “is repatriated on account of his verbal request on personal grounds and his services are placed at the disposal of Establishment Division with immediate effect”. 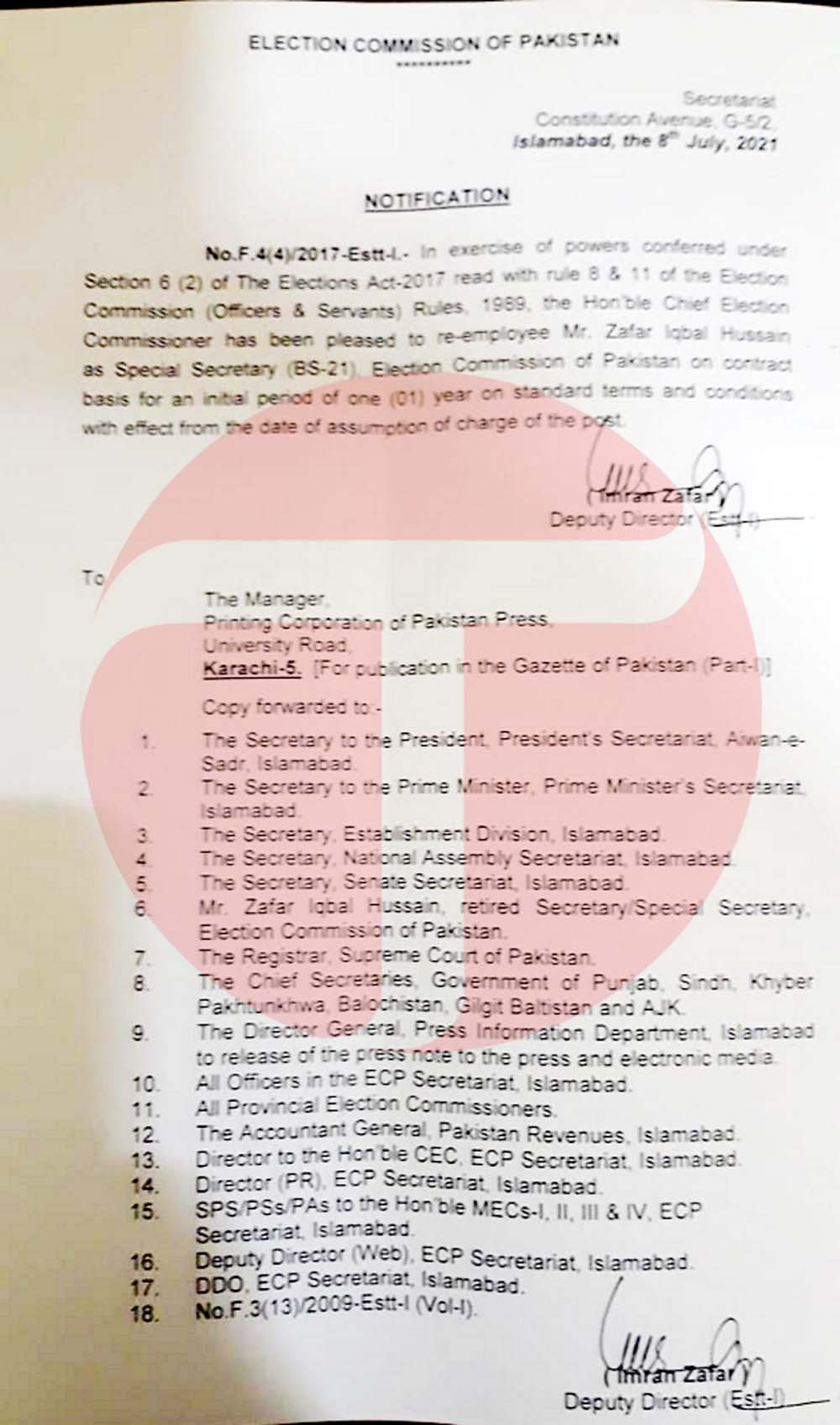 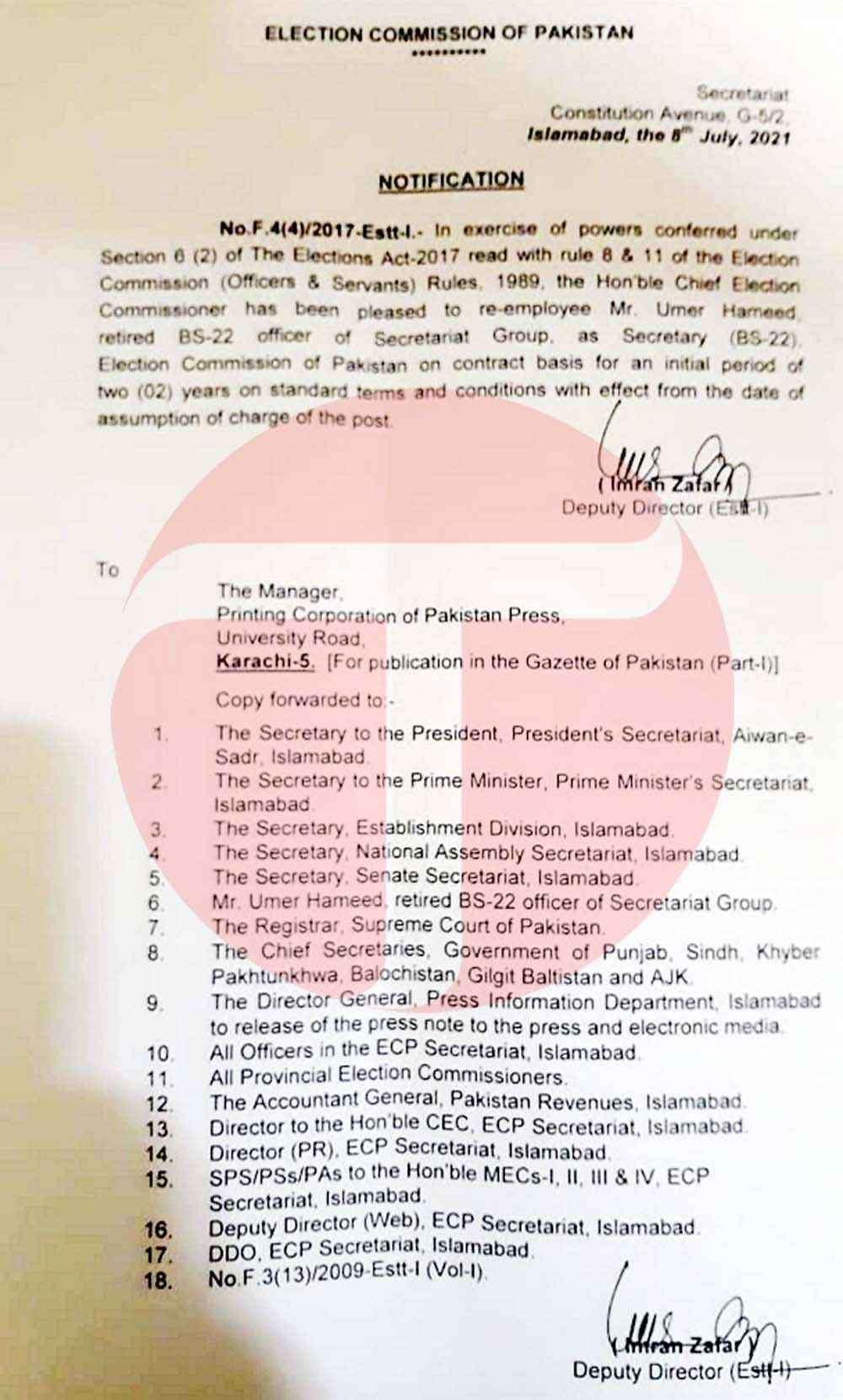 Video case MPs to appear at ECP on 15th

AJK general elections to be held on July 25