India has applied for an exclusive trademark that would grant it sole ownership of the basmati title in the European Union, setting off a dispute that could deal a major blow to Pakistan's position in a vital export market. PHOTO: AFP

From Biryani to Pulao, Pakistan and India's shared culinary landscape is defined by Basmati, a distinctive long-grain rice now at the centre of the latest tussle between the bitter rivals.

India has applied for an exclusive trademark that would grant it sole ownership of the Basmati title in the European Union, setting off a dispute that could deal a major blow to Pakistan's position in a vital export market.

"It's like dropping an atomic bomb on us," said Ghulam Murtaza, co-owner of Al-Barkat Rice Mills just south of Lahore, Pakistan's second-largest city. 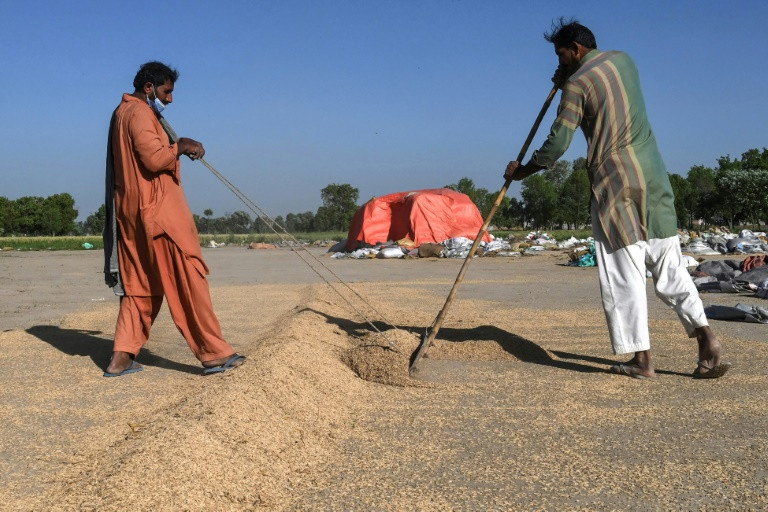 India is the largest rice exporter in the world, netting $6.8 billion in annual earnings, with Pakistan in the fourth position at $2.2 billion, according to UN figures.

The two countries are the only global exporters of Basmati.

"(India) has caused all this fuss over there so they can somehow grab one of our target markets," said Murtaza, whose fields are barely five kilometres (three miles) from the Indian border. 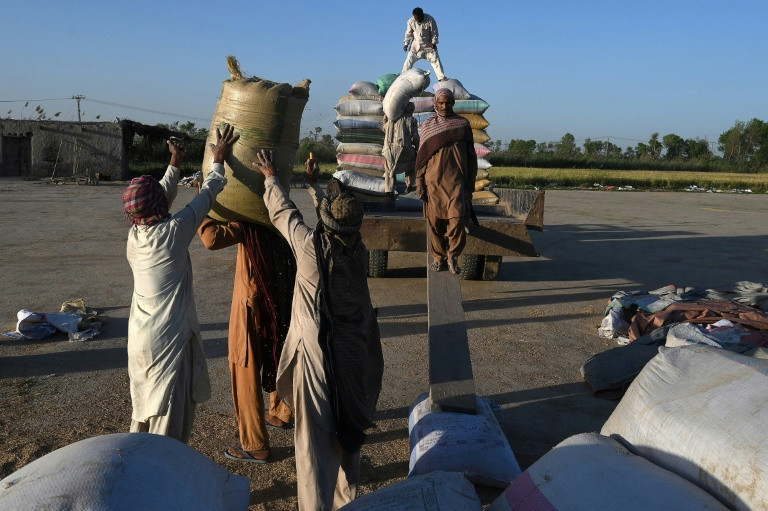 "Our whole rice industry is affected," he added.

From Karachi to Kolkata, Basmati is a staple in everyday diets across southern Asia.

It is eaten alongside spicy meat and vegetable curries, and is the star of the endlessly varied Biryani dishes featured at weddings and celebrations across both countries, which only split following independence from British colonial rule in 1947. 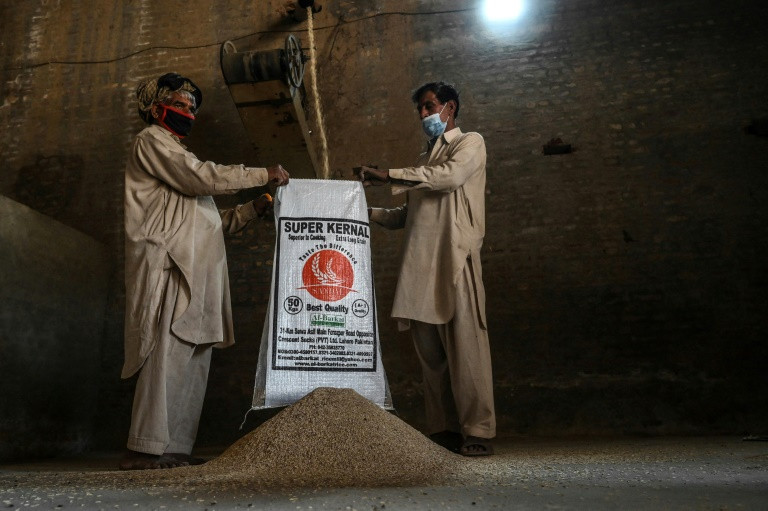 They have since fought three wars, with the latest skirmish in 2019 involving the first cross-border airstrikes in nearly 50 years.

Diplomatic relations have been tense for decades and both countries routinely attempt to malign each other on the international stage. 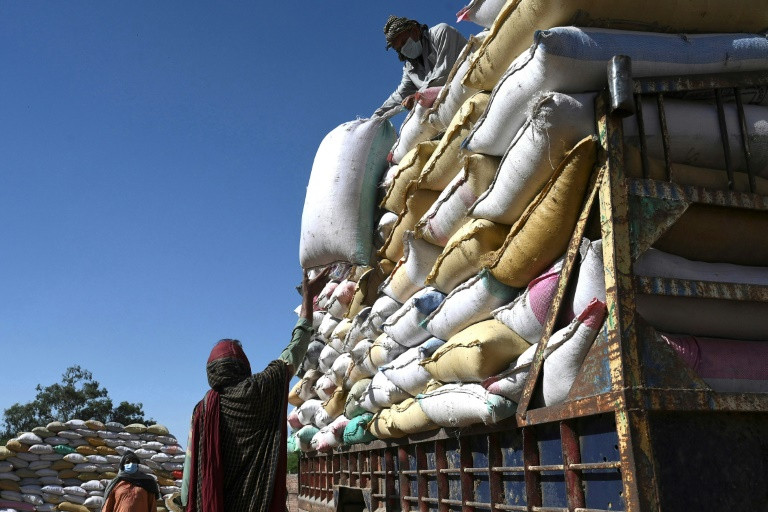 Pakistan has expanded Basmati exports to the EU over the past three years, taking advantage of India's difficulties meeting stricter European pesticide standards.

It now fills two-thirds of the region's approximately 300,000-tonne annual demand, according to the European Commission.

"For us, this is a very, very important market," says Malik Faisal Jahangir, vice-president of the Pakistan Rice Exporters Association, who claims Pakistani Basmati is more organic and "better in quality".

PGI status grants intellectual property rights for products linked to a geographic area where at least one stage of production, processing, or preparation takes place. 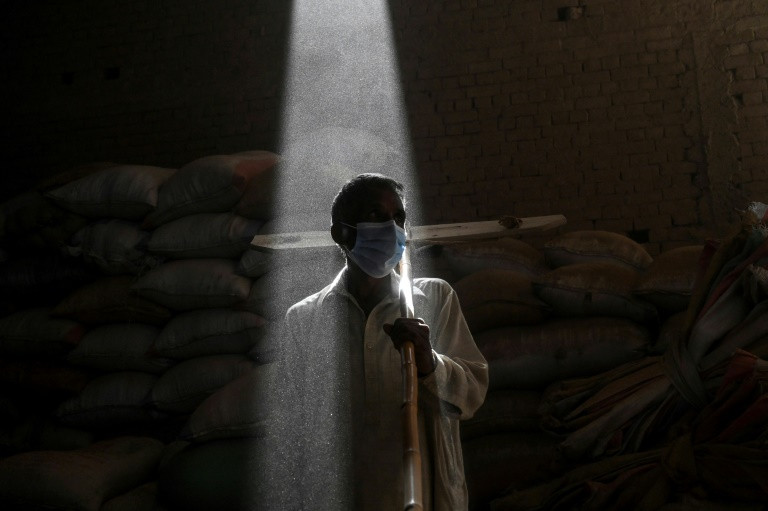 Indian Darjeeling tea, coffee from Colombia and several French hams are among the popular products with PGI status.

It differs from Protected Designation of Origin, which requires all three stages to take place in the concerned region, as in the case of cheeses such as French brie or Italian gorgonzola.

Such products are legally guarded against imitation and misuse in countries bound by the protection agreement and a quality recognition stamp allows them to sell for higher prices.

India says it did not claim in its application to be the only producer of the distinctive rice grown in the Himalayan foothills, but attaining PGI status would nevertheless grant it this recognition.

"India and Pakistan have been exporting and competing in a healthy way in different markets for almost 40 years... I don't think the PGI will change that," Vijay Setia, former president of the Indian Rice Exporters Association, told AFP.

As per EU rules, the two countries must try to negotiate an amicable resolution by September, after India asked for a three-month extension, a spokesman for the European Commission told AFP.

"Historically, both the reputation and geographic area (for Basmati) are common to India and Pakistan," says legal researcher Delphine Marie-Vivien.

"There have already been quite a few cases of opposition to geographical indication applications in Europe, and each time a compromise has been found."

After years of procrastination, the Pakistani government in January demarcated where Basmati can be harvested in the country.

It also announced it would assign similar protected status to pink Himalayan salt and other vaunted agricultural products.

Pakistan hopes to convince India to instead submit a "joint application" in the name of the common heritage that Basmati represents, Jahangir said.

"I am confident that we will reach a (positive) conclusion very soon... the world knows that Basmati comes from both countries," he added.

If an agreement cannot be reached and the EU rules in India's favour, Pakistan could appeal to the European courts, but the long review process could leave its rice industry in limbo.