Super League in ruins as all six English clubs pull out 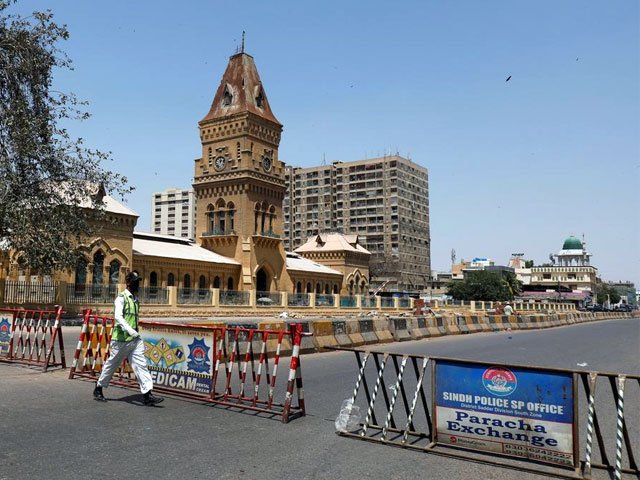 . Clearly shaken by the unrelenting deadly rampage of novel coronavirus, the government resurrected the spectre of “complete lockdown” in major cities if flagrant violations of precautionary measures continued unabated in the country.

“It is our last chance. People should take the pandemic seriously like they had done during the first wave last year, or else they would have to face strict restrictions,” Federal Minister Asad Umar said after presiding over a meeting of the National Command and Operation Centre (NCOC) on Wednesday.

The NCOC is the nerve-centre of Pakistan’s synchronised national fight against the pandemic which has sickened around 772,204 people – 16,640 of them fatally – as of Wednesday.

“We will have to increase restrictions, if we do not contain the spread of pandemic,” Umar said while sounding an ominous warning. “We will have no option but to impose a complete lockdown in the big cities.”

Asad Umar, who also supervises NCOC, said that his forum would present its recommendations to the National Coordination Committee (NCC) on Friday which would take the final decision on further restrictions.

Umar regretted that neither people nor local administrations were showing responsibility to ensure full compliance of the standard operating procedures (SOPs).

He requested the provincial chief ministers to show leadership and assured that the federal government would provide all possible assistance in this regard. “But they have to show leadership on ground as people will follow their message,” he added.

The ominous warning came as the National Health Services ministry started vaccination of senior citizens aged 50 to 59 years across the country. The ministry had also announced that foreign nationals can register for the Covid-19 vaccination programme.

Coronavirus first emerged in the country in February last year. The first wave of the virus started ebbing after seeing its peak in June. However, there was another spike towards the end of the year, dubbed by experts as the second wave.

The current spurt started in March, which Umar has described as the third wave of the deadly disease fuelled by the UK strain of the virus. For most part of March, the single-day tally of caseload hovered over 4,000 while the single-day death toll topped 100 during the past week.

According to the NCOC data, the third wave has mostly affected Punjab, Khyber-Pakhtunkhwa (K-P) and Azad Jammu and Kashmir (AJK) while Sindh reports a few hundreds cases on a daily basis. However, the situation might deteriorate, as the UK strain was confirmed in the province on Wednesday.

Umar told reporters in Islamabad that the current week would be the worst in terms of the number of deaths. “[Previously] the test positivity ratio in Sindh was low but it is also increasing gradually [this week]. It [the positivity ratio] is 13% in Karachi and 14% in Hyderabad,” he added.

In its daily update, the NCOC said that the national tally of active Covid-19 cases was 83,162 on Wednesday as 5,499 more people tested positive for the virus while 5,488 people recovered from the disease during the last 24 hours.

It said that 148 patients – 130 of them in hospitals, including 52 on ventilators – died during the 24 hours, adding that most of the death occurred in Punjab followed by Khyber Pakhtunkhwa, where the death toll was 103 and 33, respectively.

So far, 672,619 people have recovered from the disease across Pakistan. The NCOC said that at present, 5,350 corona patients were admitted to 630 hospitals across the country, equipped with Covid-19 facilities, while more than 500 patients were on ventilators. 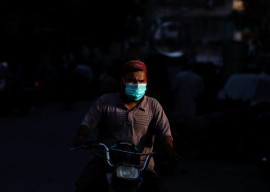