PML-N, JUI-F to attend NA session, but protest during tabling of resolution 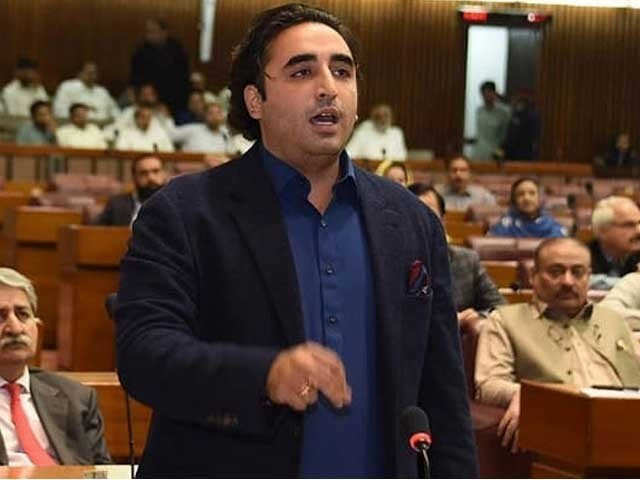 The Pakistan People's Party (PPP) has decided that it will not be a part of the process to pass a resolution in the National Assembly for the expulsion of French ambassador, it emerged on Tuesday.

The government is set to table the resolution in the lower house of the parliament today, but the PPP won't be a part of the session.

According to news reports, some PPP lawmakers were of the the stance that the party should put forth its point of view on the issue in the session before boycotting it.

However, the PPP decided to opt out of the session following majority of its lawmakers' agreement on the former stance.

The party has informed its members about the decision through phone calls, saying that it will remain impartial in the developing situation.

Speaking of the development, PPP Chairman Bilawal Bhutto claimed in a tweet that the ruling Pakistan Tehreek-e-Insaf (PTI) was trying to "hide behind the NA [National Assembly]" after 'mishandling' the situation.

"It's your mess PM, clean up or go home," the PPP chairman asserted.

PML-N, JUI-F to protest in NA

On the other hand, a meeting of the Pakistan Muslim League-Nawaz (PML-N) summoned to discuss the TLP fiasco concluded with the party deciding to stage a protest during the National Assembly session.

The PML-N has also demanded of the government to apprise the parliament of the deals signed with the religious outfit.

The Jamiat Ulema Islam-Fazl (JUI-F) is also to stage a protest during the tabling of the resolution in the NA.

Interior Minister Sheikh Rashid Ahmed announced in the wee hours today that after a successful round of negotiations, the proscribed Tehreek-e-Labaik Pakistan (TLP) had agreed to end its protest across the country after the government agreed to table a resolution regarding the expulsion of the French ambassador in the National Assembly.

Rashid further said that according to the agreement, the TLP will end its protests across the country including at Jamia Masjid Rehmatul-lil-Alamin.

“Cases registered against the TLP supporters under the fourth schedule will also be dismissed and further rounds of talks will take place,” the minister added.

Earlier, it was reported that a deadlock between the government and the recently proscribed TLP over the ongoing protests across the country continued, as the banned party demanded the resignation of Interior Minister Sheikh Rashid Ahmed, the expulsion of the French ambassador to Pakistan, and immediate release of party chief Syed Saad Hussain Rizvi as well as the workers.