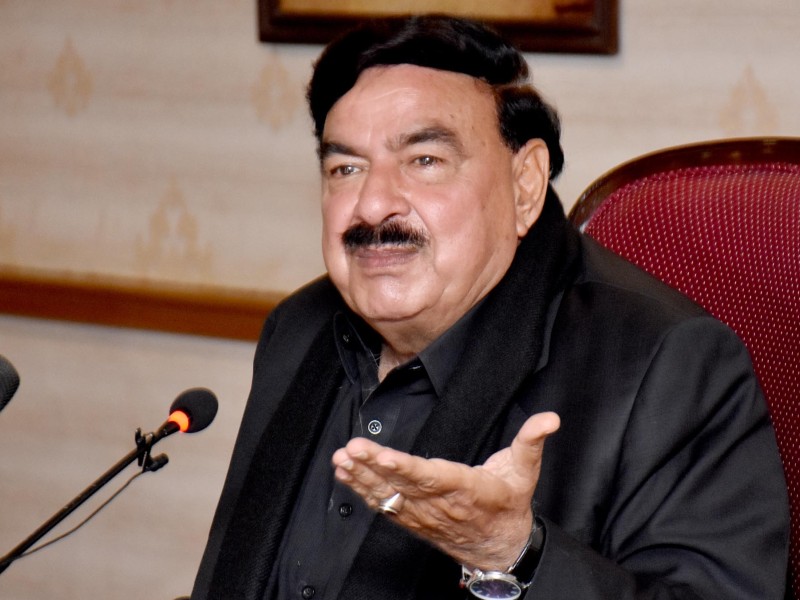 According to the interior minister losing one or two votes [in Senate polls] won't affect any party. PHOTO: PID/File
ISLAMABAD:

Interior Minister Sheikh Rashid Ahmed announced in the wee hours of Tuesday that after a successful round of negotiations, the now proscribed Tehreek-e-Labaik Pakistan (TLP) has agreed to end its protest across the country after the government agreed to table a resolution regarding the expulsion of the French ambassador in the National Assembly today.

“After detailed discussions with TLP it has been agreed that the government will table the resolution in the National Assembly today,” said the interior minister in a video message.

Rashid further said that according to the agreement, TLP will end its protests across the country including at Jamia Masjid Rehmatul-lil-Alamin.

“Cases registered against TLP supporters under the fourth schedule will also be dismissed and further rounds of talks will take place,” the minister added.

Rashid said that he will give a detailed statement on the agreement in a press conference later in the day.

Earlier, it was reported that a deadlock between the government and the recently proscribed TLP over the ongoing protests across the country continued, as the banned party demanded the resignation of Interior Minister Sheikh Rashid Ahmed, the expulsion of the French ambassador to Pakistan, and immediate release of party chief Syed Saad Hussain Rizvi as well as the workers.

During the third round of talks between the banned party’s senior leaders and the government delegation late Monday night, deliberations once again halted as the government had refused to accept their demand of interior minister’s resignation and expulsion of the French ambassador.

The first round of talks between the Punjab government and senior leaders of the banned party was held on Sunday after a day-long clashes between TLP workers and LEA officials. However, the second round of talks concluded earlier on Monday, in which Punjab Governor Chaudhry Sarwar and provincial Law Minister Raja Basharat represented the government, Federal Minister for Information and Broadcasting Fawad Chaudhry highlighted.

Meanwhile, a government delegation called on Hafiz Saad Rizvi of the banned Tehreek-e-Labbaik Pakistan at Kot Lakhpat Jail in a bid to convince him to call off the countrywide protests.

Negotiations began at 3pm and continued until 9:30pm.

The Ulema appealed to Rizvi to agree to end the sit-ins and protests across the country.

Sources said that Rizvi has given a positive signal and put some demands before the Ulema. The demands include the deportation of the French ambassador, the release of arrested leaders and activists, end of cases and steps to prevent blasphemy globally.