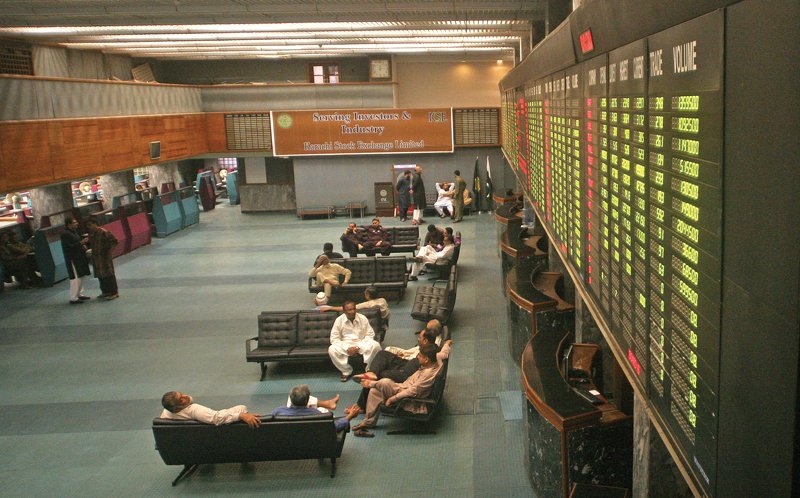 The stock market continued its recovery on Friday with the benchmark KSE-100 index recouping another 445 points on last trading day of the week as positive macros once again helped the index surpass the 45,000-point mark.

A surge in foreign exchange reserves, which rose above $16 billion on Thursday with the receipt of $2.5 billion via Eurobond issue, played the role of a catalyst in the bullish close at the Pakistan Stock Exchange.

Last week, Pakistan entered the international capital market after a gap of over three years by successfully raising $2.5 billion through a multi-tranche transaction of 5-, 10- and 30-year Eurobonds.

Earlier, trading began with a spike and the market remained on the uptrend throughout the day. Extensive buying inflated the gains after trading resumed in the second half and helped the market stay in the green territory.

Arif Habib Limited, in its report, stated that the market rose further from the recent slump, adding a total of about 1,500 points to the table.

The report added that expectations about corporate results were helping cement and steel stocks go up while other sectors generated interest due to improvement in investor sentiment.

Refinery sector stocks performed well on expectations of policy approval by the Petroleum Division, it said.

Overall trading volumes jumped to 688 million shares compared with Thursday’s tally of 383.1 million. The value of shares traded during the day was Rs25.3 billion.

Shares of 404 companies were traded. At the end of the day, 286 stocks closed higher, 107 declined and 11 remained unchanged.

Foreign institutional investors were net buyers of Rs441.1 million worth of shares during the trading session, according to data compiled by the National Clearing Company of Pakistan.