The Pakistan Meteorological Department's (PMD) has once again forecast higher than average temperatures for Karachi for the next four days, as the current moderate heatwave would continue.

Forecasting for the next four days, the PMD said daytime hours are likely to remain arid and dry in the provincial capital with hot and dry winds blowing in from northeastern and northwestern Balochistan.

However, evening and night hours will remain pleasant as the sea breeze would resume.

The PMD estimated humidity to remain between 50 and 70 per cent during daytime and 30 to 40 per cent in the evening.

Also Read: Sun beats down on the metropolis

Just a few days ago, Karachi witnessed the second hottest day in April since 1947, as the temperature in the city soared to 44 degrees Celsius on April 3, amid hot winds from Balochistan blowing across the metropolis throughout the day, according to the PMD.

With the sea breeze suspended for the most part of the day, the mercury kept rising since the morning. The maximum temperature of 44°C was recorded in the afternoon, following which the temperature began to drop as the evening approached and sea breeze resumed and had a cooling effect on the day. 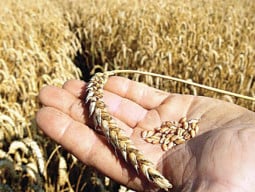