Mercury shoots to 44°C amid hot winds blowing across metropolis 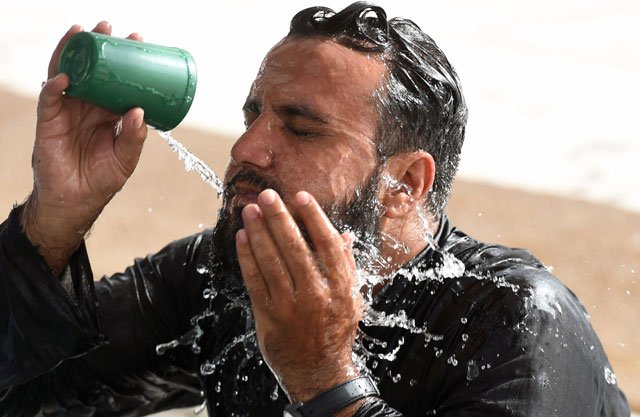 Karachi witnessed the second hottest day in April since 1947, as temperature in the city soared to 44 degrees Celsius on Saturday, amid hot winds from Balochistan blowing across the metropolis throughout the day, according to the Pakistan Meteorological Department (PMD).

With sea breeze suspended for most part of the day, the mercury kept rising since the morning. The maximum temperature of 44°C was recorded in the afternoon, following which the temperature began to drop as the evening approached and sea breeze resumed.

With the sea breeze, which has a cooling effect on the city’s weather, suspended, the direction of the wind shifted from north/northeast direction to south with eight kilometres per hour speed, the PMD said, adding that humidity was recorded at 14%.

“In the last 24 hours, very hot weather prevailed in Sindh, southern Punjab and central and south Balochistan. The highest temperature on Saturday was 44°C recorded in Karachi, Dadu, Mithi and 43°C in Chhor, Nawabshah, Thatta, Lasbella and Turbat,” it added.

The city, like many parts of the country remained in the grip of a heatwave this week, during which the temperatures often surpassed 40°C during day time. Also during the week, hot winds blew across the metropolis.

The PMD had earlier warned that Sindh, southern Punjab, eastern and southern Balochistan would remain in the grip of very hot and dry weather from Tuesday to Saturday. From Sunday (today), the PMD said that the temperature would start falling to the range of 36-38°C.

Amid the heatwave, the air quality of the port city also reduced significantly on the air quality index. Karachi is the fourth most polluted city in the world with a particulate matter level recordedat 164. According to the index, a score of 151 to 200 is harmful to health.

Also Read: How successful has Pakistan’s climate change fight been?

The PMD has advised citizens to observe caution during the hot hours.

People have also been advised to avoid exposure to sun, especially during 11:00 am to 4:00 pm – the peak hours – and use plenty of drinks.

Medical experts have also similar advice for the people during the hot weather. They rejected the notion of “toxic air” following complaints of bleeding from nose or lips during the extremely hot and dry weather.

Meteorologist Dr Zaheer Babar said that humidity was very low during the ongoing heat wave because of dry and dusty winds. Such conditions could lead of dryness inside nose or the lips, sometimes causing bleeding.

A child specialist in the federal capital Islamabad said that nasal bleeding or cracking of the lips does not mean that the air is poisonous. “This is only due to lack of moisture in the air,” he said, urging the people to increase water intake, or inhale steam and use Vaseline in case of dryness.

The PMD said on Saturday that continental air was prevailing over most parts of the country, therefore, a hot and dry weather would continue in the country in next 24 hours, except upper Khyber Pakhtunkhwa, Gilgit Baltistan, Kashmir and surrounding hilly areas where rain is expected.

“In the month of April, one or two spells of heat waves are expected in Sindh, Punjab and Balochistan along with a spell or two of rain.

(WITH INPUT OF OUR ISLAMABAD CORRESPONDENT) 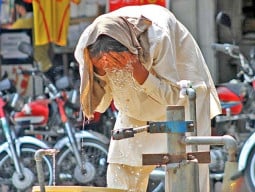 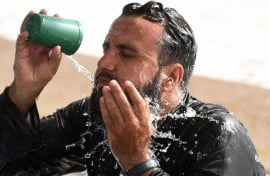 PMD forecasts high temperatures in Karachi for next two days 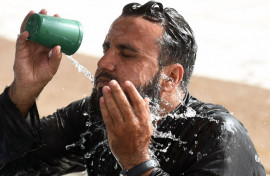 Above average temperature forecast for Karachi from Thursday 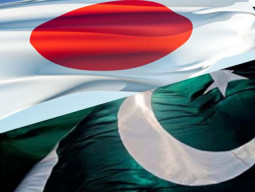 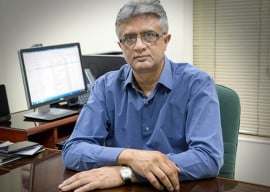