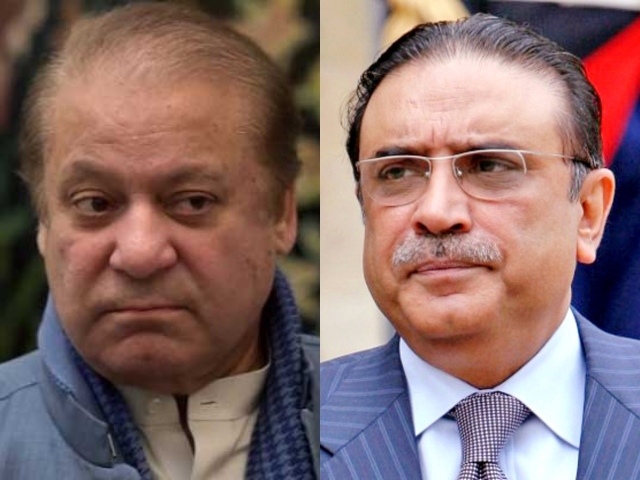 The National Accountability Bureau (NAB) on Tuesday reviewed the headway in the corruption cases against former president Asif Ali Zardari and five ex-premiers including Nawaz Sharif.

He was indicted by the anti-graft court in the Toshakhanna reference on September 9 as well as on the charges of money laundering for creating benami properties through Park Lane Estate Pvt Ltd on August 10, Thatta Water Supply reference on October 5 as well as in the fake bank accounts reference.

The former president and several of his business associates are being probed as part of a 2015 case regarding fake accounts and fictitious transactions — which were initially found to have totalled Rs35 billion — conducted through 29 “benami” accounts in banks.

The national graft buster in October 2020 approved a reference against Nawaz Sharif for “illegally” purchasing 73 high-security vehicles for the security of foreign dignitaries. He is accused of favouritism and illegal use of vehicles, causing a loss of over Rs1,952 million to the national exchequer.

In the Toshakhana reference, Sharif and Zardari were accused of obtaining cars from Toshakhana by paying 15% of the price of the cars.

The NAB alleged that ex-prime minister Yusuf Raza Gilani had facilitated them in this regard as he dishonestly and illegally relaxed the procedure for acceptance and disposal of gifts issued by the government.

Sharif has been declared an absconder in the Toshakhana reference.

It was decided to take cases against fake housing societies to logical conclusion and utilising all available resources to nab proclaimed offenders.

“The anti-graft watchdog firmly believes in pursuing the policy of accountability for all. NAB does not have affiliation with any group, political party or individual. The only affiliation of the bureau is with the state of Pakistan. The NAB is duty bound to recover the looted amount from the culprits, besides taking mega corruption cases to logical conclusion,” the NAB chairman said.

He stressed that the top most priority of bureau was to eliminate corruption from the country and recover the looted money.