ACM Zaheer is being honoured with Nishan-e-Imtiaz (Miltary) at Aiwan-e-Sadr in Islamabad. PHOTO: PID
ISLAMABAD:

The prestigious award was given to the air chief as a tribute to his professional services and achievements while serving the Pakistan Air Force (PAF).

Air Chief Marshal Zaheer took charge of the PAF as its new air chief in a change of command ceremony in Islamabad on March 19.

The army chief congratulated ACM Zaheer on assumption of command of one of the most decorated and battle hardened air forces in the world. Gen Qamar expressed his best wishes and hoped that Pakistan Air Force will achieve new heights under his capable command. 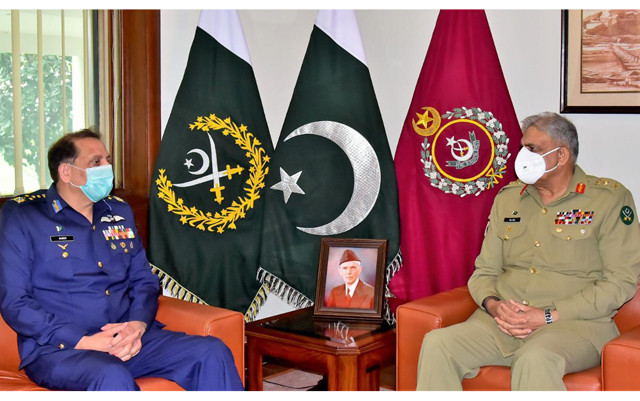 The new air chief hails from Sadh village in Punjab’s Gujrat district and was serving as Deputy Chief of Air Staff (Administration) at the Air Headquarters in Islamabad.

Babar joined GD (Pilot) branch of the PAF in 1986 as a fighter pilot. He has also served in fighter squadrons, operational airbases and regional commands.

Military aid for Israel removed from US funding bill, but leadership pledges vote later this week

US to donate an additional 500 million COVID-19 vaccines