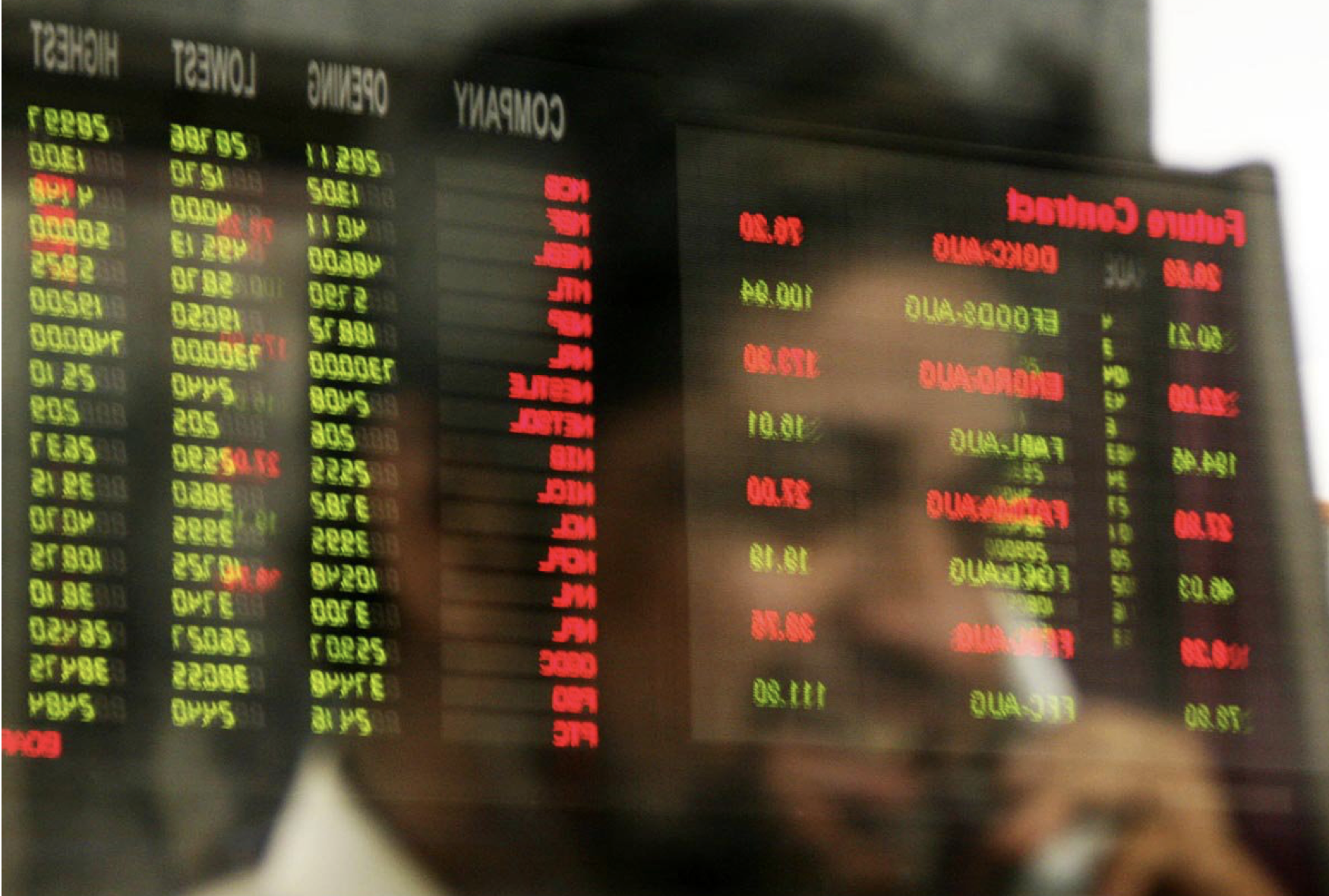 The stock market bounced back on Friday and recouped more than half of the huge loss of nearly 900 points that the benchmark index suffered in the previous trading session.

During the day, the Sensitive Price Indicator (SPI) for the week ended March 4, 2021 was released, which recorded an increase of 15% year-on-year, generating investor interest in bank stocks.

Meanwhile, the international crude oil prices jumped more than 2%, hitting their highest in nearly 14 months, which also lent support to optimism in the stock market.

Moreover, Prime Minister Imran Khan’s decision to seek a vote of confidence in the National Assembly on Saturday eased concern among market participants, which was caused by the shock defeat of Finance Minister Abdul Hafeez Shaikh in Senate polls.

Index-heavy sectors like exploration and production, cement, banking and power attracted investment and helped the market sustain the 45,000-point mark.

The KSE-100 index shot up at the beginning of trading, however, investors started booking profit soon afterwards. The investors resumed buying in the second half of the trading session and helped the index advance more than 550 points.

Arif Habib Limited, in its report, stated that the market partially recovered the loss suffered during Thursday’s trading session.

“Investors largely banked on prime minister’s vote of confidence (scheduled for Saturday), which was further aided by the release of SPI (Sensitive Price Indicator) data that showed a surprise jump of 15% year-on-year, prompting active buying in banks,” the report added.

A jump in international crude oil prices also supported the otherwise lethargic exploration and production sector, which contributed to the positive momentum.

JS Global analyst Maaz Mulla said a recovery was witnessed as bulls dominated trading, leading the index to an intraday high of +668 points. It closed the session at 45,837, up 559 points.

The exploration and production sector gained ground where Pakistan Oilfields (+3.9%), Oil and Gas Development Company (+2.7%) and Pakistan Petroleum (+1.4%) closed in the green as crude oil prices rose in the international market.

Investor interest was witnessed in the power sector as well where Kot Addu Power Company (+7.4%) hit its upper circuit while Pakgen Power (+6.8%), Lalpir Power (+4.5%) and Nishat Chunian Power (+2.5%) also closed in the green.

“Moving forward, we expect a similar trend to continue amid political uncertainty. Any downside should be viewed as an opportunity to build positions in cement, refinery and textile sectors,” the analyst said.

Overall trading volumes fell to 317.2 million shares compared with Thursday’s tally of 441.5 million. The value of shares traded during the day was Rs15.9 billion.

Shares of 409 companies were traded. At the end of the day, 295 stocks closed higher, 88 declined and 26 remained unchanged.

Foreign institutional investors were net sellers of Rs348.5 million worth of shares during the trading session, according to data compiled by the National Clearing Company of Pakistan.