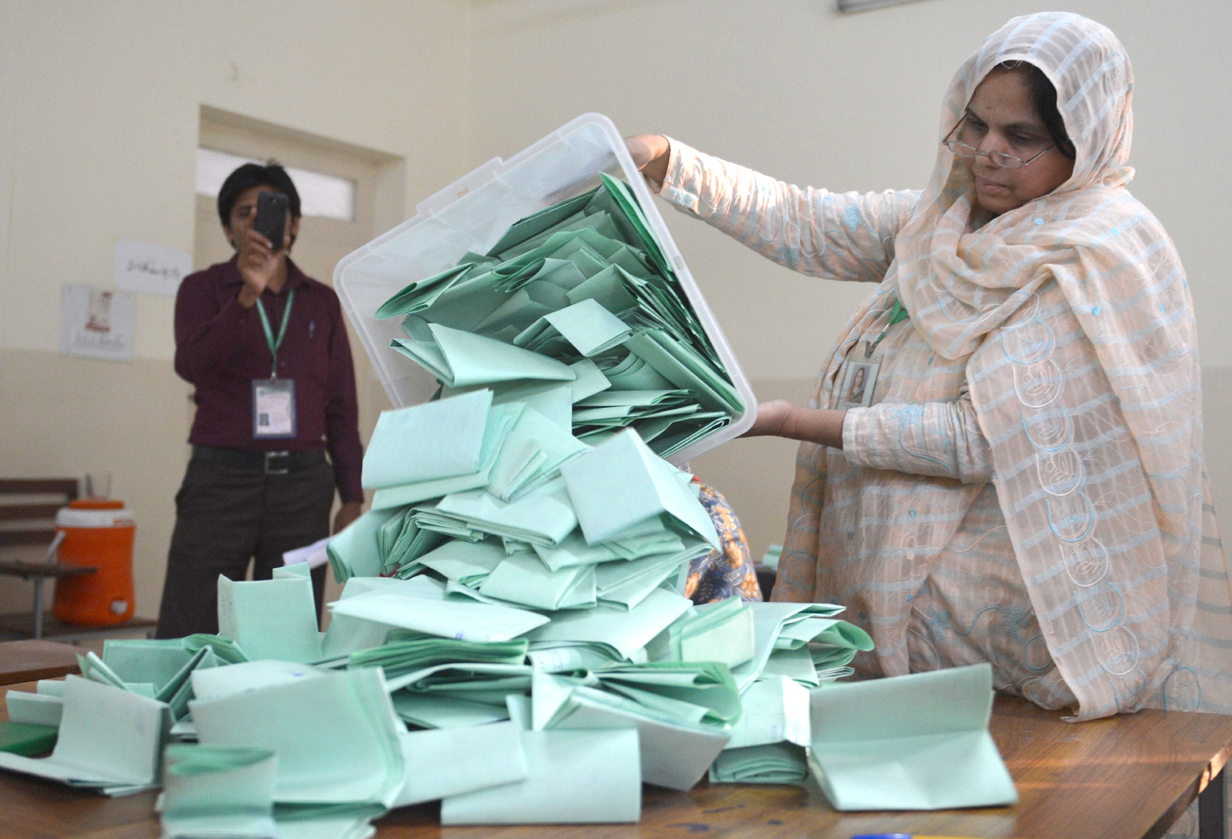 A five-member bench presided over by the chief election commissioner on Tuesday (today) will take up the case pertaining to the “missing polling bags at 23 polling stations” during the NA-75 Sialkot by-election.

The Election Commission of Pakistan, during the proceedings, is expected to give its decision on the release/non-release of the by-poll result.

The country’s top electoral body has also issued the notice to Pakistan Muslim League-Nawaz candidate for NA-75 Nausheen Iftikhar. The N-league leader is about to present her stance before the court.

It is expected that the ECP would also review the inquiry report of the district returning officer apart from one of the chief secretary and Punjab IG.

On Monday, PML-N leader Shahid Khaqan Abbasi along with Nausheen Iftikhar had visited the ECP. Talking to reporters, the PML-N leaders demanded the country’s top electoral body of releasing the NA-75 by-election result.

Despite the pressure of the federal and provincial governments, the PML-N succeeded in the by-poll, they alleged and called for an open hearing of the case related to the Daska by-poll. They added that the ECP should announce that the PML-N was victorious in the by-election.

Nausheen alleged that police was involved in the “ruling government’s revenge conspiracies” and demanded of the ECP to do justice.

In the by-elections held on February 19, PTI’s Umar Kakakhel was defeated by PML-N’s Ikhtiar Wali.

Dissatisfied with the outcome, Kakakhel has filed a petition against the by-poll result in the country’s top electoral body. It alleges that the opposing candidate cast fake votes.

“More than one copy of Form 46 was issued,” the petition also read, alleging that there was complete mismanagement at many polling stations.

Talking to reporters, Kakakhel alleged that systematic rigging had taken place in the PK-63 constituency and nearly 6,000 ballot papers are missing.