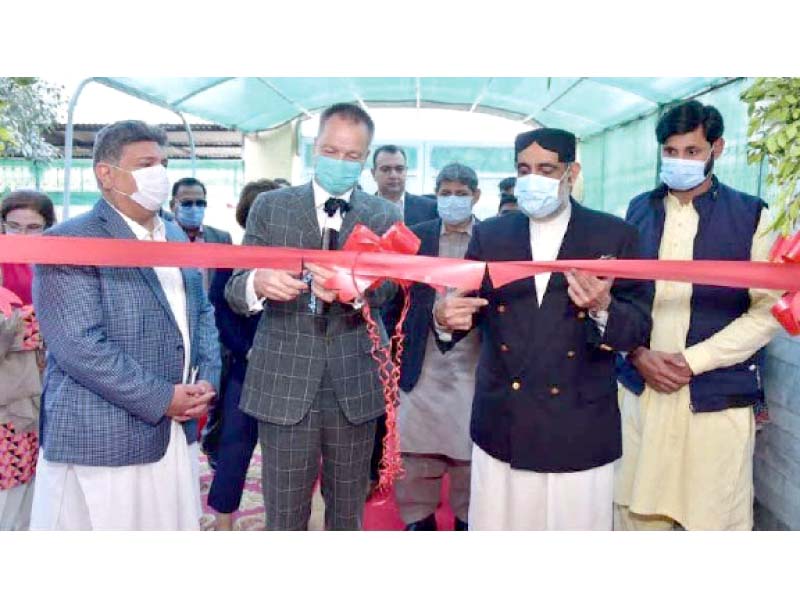 The hub is a community centre which will serve as a place for encounters between urban Afghan refugees and Pakistani host communities residing in the twin cities to help foster social cohesion, an official stated.

Funded by the German Federal Foreign Office and established in cooperation with the Chief Commissionerate for Afghan Refugees under the Ministry of SAFRON, the Hub is set to support more than 30,000 refugee and host community members with integrated services in health, education, skills training, legal support, and recreational activities.

Speaking at the inauguration ceremony, the federal minister said: “For the last 40 years, Pakistanis have shown exemplary kindness, empathy and solidarity towards Afghan refugees in Pakistan.”

The Urban Cohesion Hub is a prime example of the German Government’s cooperation and assistance towards refugees and host communities, he added.

Ambassador Schlagheck shared that the Urban Cohesion Hub is testimony to the close and multifaceted German-Pakistani bilateral relations which will witness their 70th anniversary this year.

“The services that will be provided through this Hub will promote peaceful coexistence in an important urban refugee affected and hosting area of Pakistan,” he maintained.