President and PM Secretariat, NAB, FBR, Senate, NA, FBR, IB, ISI and FIA among those not to receive any pay raise 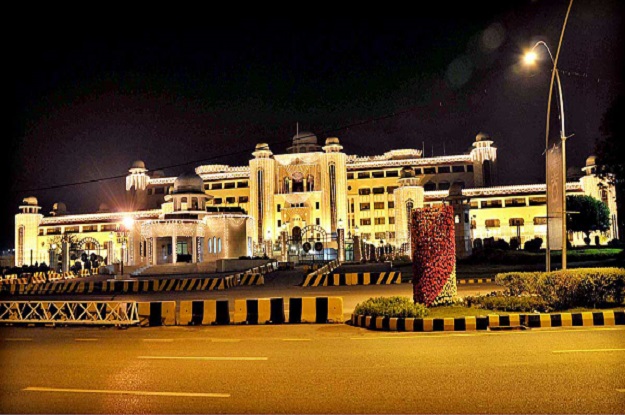 An illuminated view of PM Secretariat decorated with colourful lights in connection with the Independence day celebrations. PHOTO: APP
ISLAMABAD:

The government has decided not to increase the salaries of federal employees working for 18 departments including the President and Prime Minister’s Secretariat.

According to sources, the salaries of the employees of departments receiving extra allowances will not be raised.

The government has prepared recommendations regarding the increase in the salaries of federal employees and decided not to raise the salaries of 18 departments working under the federation.

The salaries of the President and Prime Minister's Secretariat, NAB, FBR, Senate, National Assembly and law enforcement agencies will not be increased.

The additional salary announced by the government will not apply to 326,745 employees of the departments receiving extra allowances.

According to sources, the salaries of the employees of the departments receiving extra allowances will not be increased. Meanwhile, the 2017 basic pay increase will be frozen on March 1.

Employees of Law and Justice Commission, Parliamentary Affairs Division and Islamabad Model Police will also not get any raise in their pays.

It has been decided to increase the salaries of 296,479 employees by 25%. The ad hoc increase in their salaries will impose an annual additional burden of Rs21 billion on the national exchequer.

Officials say that employees who are already receiving 100% ad hoc relief will not receive the current increase.

The current increase will be for employees who are not receiving an additional salary or performance allowance equal to their basic salary.

The employees of various federal agencies are being paid up to 300% of their basic salary in the form of allowances.

Ad hoc relief is being provided to reduce the gap in the salaries of the employees.

Any issue arising out of the increase will be resolved by a committee to be notified by the Finance Division. Moreover, the Finance Division may recommend to provincial governments to consider adopting the proposed increase for their employees to be funded from provinces own resources.

Sources said that the final decision on the finance ministry's summary will be taken by the federal cabinet tomorrow (Tuesday).