Broadsheet panel secretariat to be set up soon 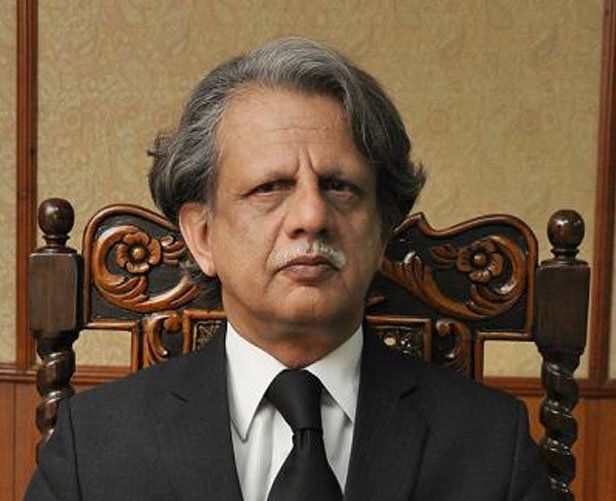 The Cabinet Division has asked the Ministry of Law and Justice to establish – on immediate basis – a secretariat with necessary facilities for the one-man commission of inquiry notified on Saturday to probe into the Broadsheet scandal.

In a letter sent to the law ministry on Monday, the division noted that the commission headed by Justice (retd) Azmat Saeed Sheikh must be provided office accommodation with relevant amenities, logistic support and funds for current expenditure.

It said the ministry must also provide the commission chairman and members any other facility as demanded by them, adding that the Law and Justice Division is a major stakeholder of the commission.

“The relevant records/documents [with regard to Broadsheet] are also in the custody of the Law and Justice Division which will be required by the commission on a day to day basis.

“The Law and Justice Division is, therefore, requested to make necessary arrangements for the provision of basic amenities/ facilities for the commission to perform its function,” it said.

According to sources, the Ministry of Law official held a high level meeting after receiving the letter. The meeting has decided to set up the secretariat in the premises of the Federal Shariat Court.

In a memorandum, the law ministry has also asked the Cabinet Division to provide 1800cc vehicle to the chairman of the commission “as per entitlement of Judge of Supreme Court and Registrar/Member along with petrol, repair and maintenance”.

Inquiry committee member if any appointed would be provided with 1300cc vehicle, said the communiqué. 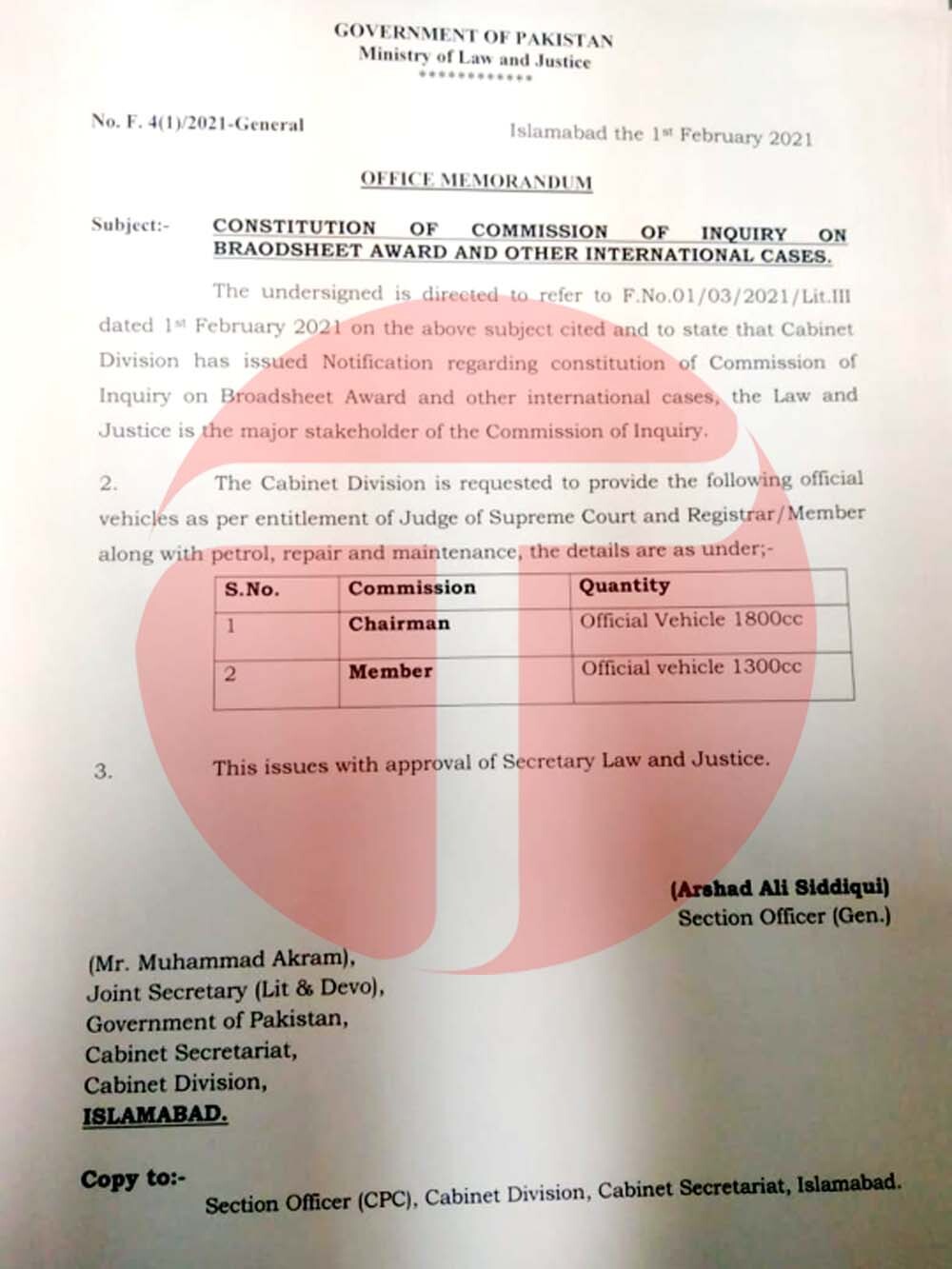 The commission will probe into the contracts signed by the National Accountability Bureau (NAB) with the Broadsheet LLC and other international asset recovery (IAR) firms to unearth foreign assets made by Pakistanis through ill-gotten money.

It will also look into the reasons which led NAB to terminate the contract in 2003.

The federal cabinet on January 26 agreed to form the one-man commission under the Pakistan Commissions of Inquiry Act, 2017 with a broader mandate.

Earlier the government had announced to appoint Justice (retd) Sheikh as head of an “inquiry committee” to examine the circumstances relating to the NAB’s agreement with the UK’s assets recovery firm and the subsequent arbitration proceedings that caused considerable loss to Pakistan.

The two major opposition parties – the PML-N and the PPP – had rejected the government’s decision, citing Justice (retd) Sheikh’s past affiliation with NAB as creating a "conflict of interest".

However, despite the opposition’s strong reaction, the cabinet last went ahead with Justice (retd) Sheikh’s name while also turning the committee into a commission.

The Broadsheet LLC was incorporated in the Isle of men to help Pervez Musharraf's government and the newly established NAB track down foreign assets purchased by Pakistanis through ill-gotten wealth.

After NAB terminated the contract in 2003, the Broadsheet LLC and another company involved as a third party filed for damages in a UK court.

It claimed that Pakistan owed them money according to the terms agreed upon since the government was taking action to confiscate some of the assets they had identified, including the Avenfield property owned by the family of former prime minister Nawaz Sharif.

The companies' claims against Pakistan were held valid by an arbitration court in 2016 and later by a United Kingdom high court that gave an award of over $28 million against Pakistan last year.

Broadsheet LLC arbitration decision came in 2016 – the same year when the Panama Papers had rocked Pakistan. However, nobody knew about it until a court in the United Kingdom ordered authorities to deduct $28.7 million from Pakistan High Commission’s account in London.