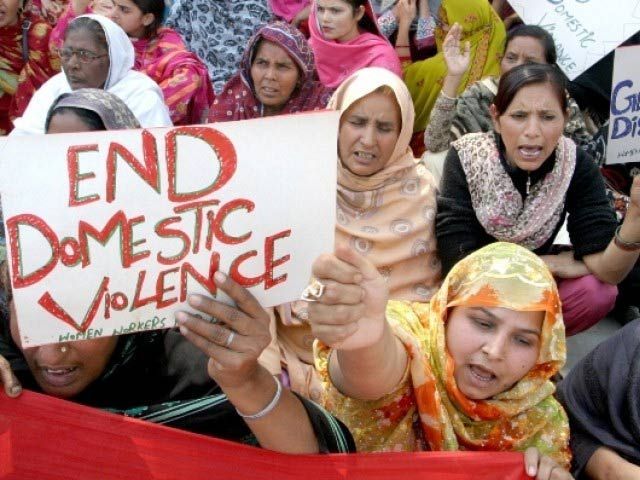 As per Khyber-Pakhtunkhwa Domestic Violence against Women (Prevention and Protection) Bill, the perpetrators of violence against women face up to five years in prison. The landmark bill defines economic, psychological and sexual pressure on women as "violence".

The bill stated that a six-member District Protection Committee would be constituted which would be responsible for providing medical treatment, legal assistance and shelter to the victims.

It said that a petition would be filed against the offender within 15 days whereas the courts would be bound to give their verdict within two months. A helpline would also be set up in this connection.

Provincial Minister for Social Welfare Dr Hisham Inamullah Khan told the media that violating the court order would result in one-year imprisonment and a fine of up to Rs300,000.

In November 2018, K-P cabinet had approved the bill which was welcomed by the members of civil society organisations and activists as K-P was the only province in Pakistan that did not have a domestic violence law. It is already a criminal offence in Sindh, Punjab, and Balochistan.

“The bill provides mechanisms for intervention and assessment of the risk that a perpetrator could inflict serious harm,” Qamar Naseem, the programme coordinator for the non-governmental organisation (NGO) Blue Veins, had said.

“The bill identifies the need for greater collaboration within the sector, with obligations for government departments and service providers to consider how they collaborate, including sharing information in the best interests of safety,” he added.