There was never a doubt that Pakistan would find it difficult to beat New Zealand at the latter’s home and the theory was proven true when the Kiwis beat Men in Green by five wickets in the first T20I of the three-match series on Friday.

With the defeat, Pakistan will have to pull up their socks for the next two T20Is if they want to salvage the series and win it.

It was also a sad day for Pakistan stand-in captain Shadab Khan who lost the very first T20I, where he stood as captain.

A closer look of the first T20I shows there were a few things Pakistan could have changed or could have done to prevent the loss in the tour opener.

Pakistan won the toss and chose to bat first, but they missed the trick when they asked wicketkeeper-batsman Muhammad Rizwan and newcomer Abdullah Shafique to open the innings against New Zealand.

Unfamiliar with the opening role, Rizwan lost his wicket due to a callous drive and a smart delivery by Jacob Duffy, while Shafique was found out in the second delivery he faced against the Kiwis. Shafique couldn’t fathom the bounce on the pitch and flighted one into the hands of mid-on fielder for an easy catch.

With the openers gone quickly, as has been the case for Pakistan since eternity, the middle-order, lacking the services of the great Babar Azam, fell like a deck of cards, thus the question of why did Pakistan go with two batsmen upfront who don’t understand the demands of the opener’s role.

With the openers gone, the onus fell on the middle-order to stabilise the innings, but a young Haider Ali was not up to the task. Here, once again, Pakistan did not think twice before sending him at the one-down position, where teams tend to send their best and most in-form batsman.

Haider is all that and a little more, but he lacks the experience of playing at the third spot. However, the next best option to bat at number three, veteran Muhammad Hafeez, did equally bad in batting after being dismissed on the very first ball he faced.

All thanks to Shadab’s 42 off 32 and a late flurry by Faheem Ashraf, who scored 31 off 18, Pakistan were able to put up a fighting total, but if the top and upper middle-order would have added an extra 20 or 30, the match could’ve shifted in the visitors’ favour.

To play him or not to play him has become one of the major questions Pakistan faces whenever they go out in the field. If Afridi’s is the pinnacle of mercurial batting, Wahab is all that in the bowling department.

One day, he would pluck the moon out of the sky for Pakistan and the next day he would turn a certain victory into a miraculous defeat. Is it just bad luck, or is it just his bad bowling at some points, no one can truly answer.

The latter happened on Friday, when Wahab gave away 45 runs in just 3.5 overs after being hit for two sixes and five fours. New Zealand batsmen were bamboozled in the middle of the innings by some top-notch bowling by Shaheen Shah Afridi, Haris Rauf and Faheem Ashraf, but Wahab leaking away runs gave New Zealand the much-needed confidence.

And if all that was not enough, Faheem dropped a catch off Wahab at fine leg and to add insult to injury, let the ball crawl away for a four.

It is quite evident now that people are prone to dropping catches off Wahab’s bowling at fine leg and square leg region. Everyone would remember the disastrous drop in the 2015 World Cup by Rahat Ali where Wahab had setup Shane Watson perfectly with world class short-pitched bowling. 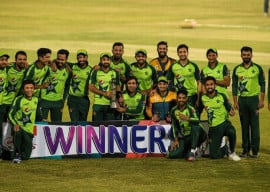 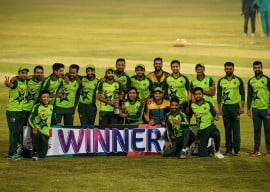 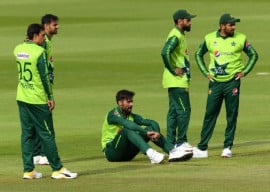 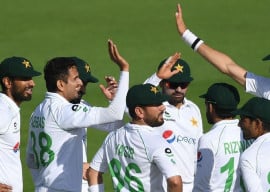