Why we need fear for effective disaster risk reduction 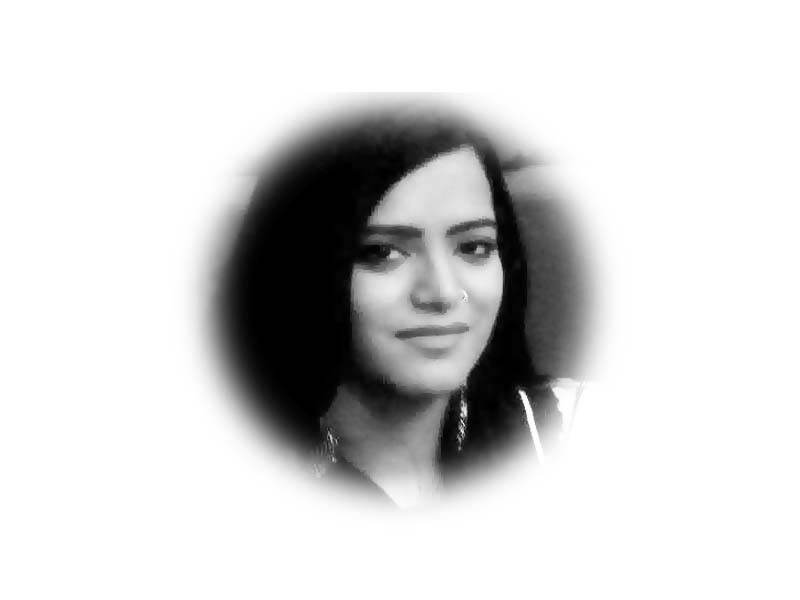 Today is the International Day for Disaster Risk Reduction (DRR) and living in a time of a global pandemic, the need to prioritise disaster risk reduction has become resounding and all too very real as almost every person and community is suffering from institutional and socio-economic lack of preparedness.

Pandemics are not new. Scientists and historians have been warning against a global novel virus for the past few decades. Beating their beakers and drums, trying to raise awareness among governments and businesses that this is not of a matter of if, but when. When the Ebola outbreak wreaked havoc in West Africa, the US State Department, under then president Barack Obama’s administration developed a comprehensive guide in dealing with and mitigating infectious diseases. This was of course completely thrown out by President Donald Trump’s administration.

On October 8, just a few days ago, Pakistan saw the clock tick to 15 years since the devastating earthquake of 2005. Pakistan bore colossal losses then. Nearly 20,000 children died while they were attending classes. In total, about 85,000 people died, another 140,000 injured and 3.5 million became homeless as 0.6 million houses were severely damaged.

Pakistan’s north was particularly devastated and Balakot, the epicentre, was destroyed in a matter of seconds and 15 years on is still struggling to re-build infrastructure and lives. There is hardly any significant rehabilitation or reconstruction. Rather, the funds that were allotted for Balakot’s rehabilitation have been redistributed to the Benazir Income Support Programme(BISP) and Covid-19 Emergency Fund. This speaks to how ill-prepared our DRR is, that funds for one disaster are siphoned for others.

DRR is an incredibly lofty goal for a country that cannot rehabilitate its citizens from disasters that took place almost two decades ago. Pakistan is not the only country unable to learn from past mistakes and lack of preparedness. As stated above, the US, and rather most countries during the Covid-19 pandemic have proven the amnesia that collectively surrounds us when it comes to the destruction of disasters.

Danish philosopherSørenKierkegaard makes a distinction between the concept of dread and fear calling attention to fear as having an object, a definable threat that we can identify. Whereas, dread is a response shrouded in unknowns, is speculative, not belonging to parameters or definitions.

We are unequivocally living in a global time of fear. We fear the coronavirus, we fear loss of jobs, lives, travel, routine, any semblance to the “old normal”. Our fear is driving conversations and changes around the “Great Reset”: how can this disaster be learned from in such a way that we build back the world, better?

What can be changed about the status quo that protects citizens beyond economic and political interests?

How can this ‘new’normal truly be transformative and inclusive?

Fear’s object allows for these conversations to have actionable points and attainable goals. Fear makes having a game-plan easier. Fear divides people into groups of: ‘part of the solution’ or ‘part of the problem,’ as is evidenced by corona-shaming of non-mask wearers and political leaders who had to retract fake news and disinformation.

DRR for objects of fear, such as the current Covid-19 pandemic, is timely and due to its global nature, which unlike Ebola which was predominantly contained within the context of “poor” countries, Covid-19’s fear is ubiquitous and has spread to contexts that are not used to suffering —‘developing country’ailments. The politics of fear is also always at play. Who is fearful,who is bearing the brunt of the threat is always imperative. Thus, DRR for infectious diseases is at the forefront of the priority list and perhaps, rightly so.

Dread on the other hand, is objectless, casting anxiety far and wide without aim and thus, is much more insurmountable than fear. Many of us dread climate change in an abstract way. We hear the news of sea levels rising. We notice the irregularities of the seasons. We breathe in toxic air like it is a non-negotiable aspect of nature. We watch gut-wrenching clips of starving farmers and drowning residents.

Often though these realities are not directly our own. The dread and threat of climate change is still far away, neatly tucked away somewhere in the future. This is why business-as-usual is the state of affairs when it comes to the economy, government, consumer behaviour and social order.

DRR for dread does not have the same timely impact as DRR for fear.

Unlike DRR for infectious diseases, DRR for climate change is failing to account for human, social and political disaster amnesia.

When dread turns to fear, as one may have experienced during the recent floods that engulfed Karachi and other parts of the country, there is suddenly an actionable sensibility that grips citizens and governments alike. Especially when those citizens were elites and urbane. The problem solving caps come on as people are united against a common threat.

However, as human populations have made unprecedented exponential advancements in the last three decades, the myriad of threats have also of course, multiplied. Existential threats such as Artificial Intelligence, climate change, cyber warfare, pandemics, to name a few, have caused mounting existential dread invariably leading to inertia of sorts.

I guess the trillion dollar question is: how do we capture what we know about the difference between fearand dread to formulate and implement DRR that works with the psychology and sociology of communities and countries?

This year, the theme of the International Day for Disaster Risk Reduction is governance which is defined as the measure by which“lives are saved, reduced numbers of disaster-affected people and reduced economic losses. Covid-19 and the climate emergency are telling us that we need a clear vision, plans and competent, empowered institutions acting on scientific evidence for the public good.”

Unfortunately, we are all still enveloped in a fear-centric mode of thinking when it comes to DRR. For instance, Prime Minister Imran Khan has recently approved the construction of high-rise buildings in Islamabad. This is problematic for several reasons from a DRR and urban planning perspective.

Secondly, high-rise buildings are energy-intensive as glass is simply not very good at keeping excessive heat out, or desirable heat in. Even with technological advancement, the amount of power it takes to keep high-rises going poses a huge opportunity cost to greener solutions.

Lastly, Pakistan has many seismic zones and as many high-rises are vulnerable to earthquakes and not always structurally sound, the proliferation of high-rises in the country can pose mammoth near-future risks. Furthermore, high-rises, pose evacuation concerns. If you live or work in a high-rise apartment, you'll face a harder challenge trying to evacuate due to emergencies, such as natural disasters or fire.

It is said, “earthquakes don’t kill people, buildings do,” which begs the question why is our government taking urban planning measures that are increasing disaster risks rather than reducing them?

Our Prime Minister has repeatedly said, “ghabrana nahi hai (don’t get scared)”; but, when it comes to disaster risk reduction, it would be very wise to be fearful.