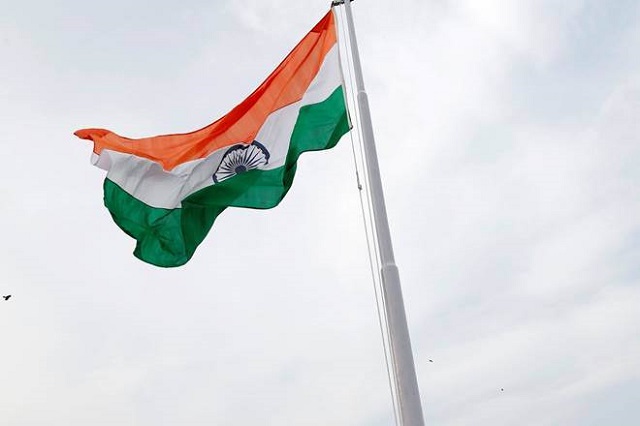 After failed attempts to push Pakistan to the Financial Action Task Force (FATF) blacklist, over accusations of money laundering and terror financing, India itself has been caught with its pants down.

Records released by US Department of Treasury's FinCEN, the Financial Crimes Investigation Network, show 44 state-owned and private banks in India conducted suspicious transactions. In total, these banks carried 2,000 transactions valued at over $1 billion between 2011 and 2017.Data gathered by the International Consortium of Investigative Journalism (ICIJ) from the suspicious activity reports (SAR) filed by US banks, shows that the flagged transactions carried by the Indian banks could be relate to activities such as money laundering, terrorism and drugs.

Commenting on the damning report on India’s illicit financial activities, Dr. Shahida Wizarat, Head of Economics Department, Institute of Business Management, said “Pakistan needs to raise this issue at every forum. Islamabad needs to assemble a coalition of countries that have been at the receiving end of India’s terrorism to raise this matter before the International Court of Justice, the United Nations and FATF.”

Dr. Wizarat, who frequently writes on the subject said: “India is known for its role in sponsoring terrorism and it definitely entails money laundering.

”According to the suspicious activity reports, several Indian banks were involved in the illegal flow of money within and outside the country. These banks include the State Bank of India, Punjab National Bank, Union Bank of India, Bank of Baroda, Canara Bank, HDFC Bank, ICICI Bank, Kotak Mahindra Bank, Axis Bank and IndusInd Bank, among others.

For decades, financial experts believe, India and its western allies, have ramped up pressure on Pakistan, accusing it of supporting flow of money through illegal channels. The damning exposé, one expert said, comes just in time for the upcoming FATF plenary meeting
in October.

“Now is an opportunity for Pakistan to highlight the dark side of India. After the eye-opening revelation, India and her allies have no moral authority to blackmail Pakistan,” said Dr. Ashfaque Hasan Khan, Member of the Prime Minister’s Economic Advisory Council.

“Those who blame Pakistan in the FATF should see their own face in the mirror, which has been exposed,” said the Islamabad-based expert on economic issues.

Pakistan, Dr. Hasan said, has taken extraordinary steps to get out of the grey list. “Before lecturing us they should eliminate the sanctuaries of laundered money in the world, including India.”

Dr. Hasan said Pakistan needs to be on the offensive at the upcoming FATF meeting. “Pakistan has done a lot and it is time that we stop being apologetic,” the veteran expert added.

The Narendra Modi government in New Delhi has been the key force behind the campaign to move Pakistan from the FATF grey list to the blacklist. Despite all its efforts, Pakistan has managed to stay away from being blacklisted under the Financial Action Task Force.

Experts also believe China has an important role to play during the crucial meeting of the Asia Pacific Joint Group of the global terror-financing watchdogs, which is now just days away.“It is the most opportune time to take this case up at the upcoming FATF meeting. Since China plays an important role, it should act,” urged Dr. Wizarat, who believes India’s financial support for terror activities is also hurting Beijing’s interests in the region.

India, the Karachi-based expert said, has been exporting terrorism not just to Pakistan but to all its neighbors. “Pakistan needs to aggressively assemble a case against India and make sure all countries that have suffered at the hands of New Delhi are part of this campaign,” she added.

When asked about the reaction of India’s allies in the west, Dr. Wizarat said, “There is a lot of deception in the western policies. The United States and other western countries accuse Pakistan of money laundering because they are doing it themselves,” she said bluntly.

India has mostly been denying its role in terror financing and has used every opportunity to level the blame against Pakistan. Aiming her guns at Washington DC, Dr. Wizarat said, “The West and the US in particular can no longer be selective in its actions against money laundering.”

Recalling the infamous case of Raymond Davis, an American official, who was charged with murdering two Pakistanis, Dr. Wizarat said: “Mr. Davis was caught with a briefcase full of US dollars.” “Was that money brought in through legal channels,” questioned Dr. Wizarat. “A naval officer named Kulbhushan Jadhav, arrested in 2016 and charged with espionage, was also caught with cash,” she added.

The Karachi-based expert also warned that India has been using illegal channels to fund activities that can derail the peace talks in Afghanistan.
“If India is derailing the peace process in Afghanistan with the objective to destabilize Pakistan, United States must take it seriously,” she cautioned.

Last month, Munir Akram, Pakistan’s envoy to the United Nations, warned that India was sponsoring terrorism from Afghanistan into Pakistan.

“We have plenty of evidence that indicates that India is sponsoring terrorism from Afghanistan into Pakistan. We have evidence, we presented the evidence, and we're prepared to present more evidence," the diplomat said in a post on Twitter following an interview with Newsweek’s Tom O'Connor.

At the upcoming FATF meeting, experts believe Pakistan must take India to task for its illicit financial activities.

“Such high level of irregularities from more than 40 Indian banks shows that financial regulatory bodies must take up India’s case and must take it seriously” said a senior government official. “Pakistan needs to corner India with all the evidence,” he added.

The recently revealed documents show more than $2 trillion of suspicious financial transactions were carried out around the world between 1999 and 2017. The list of financial institutions involved in the illicit flow of money includes names of top global lenders.