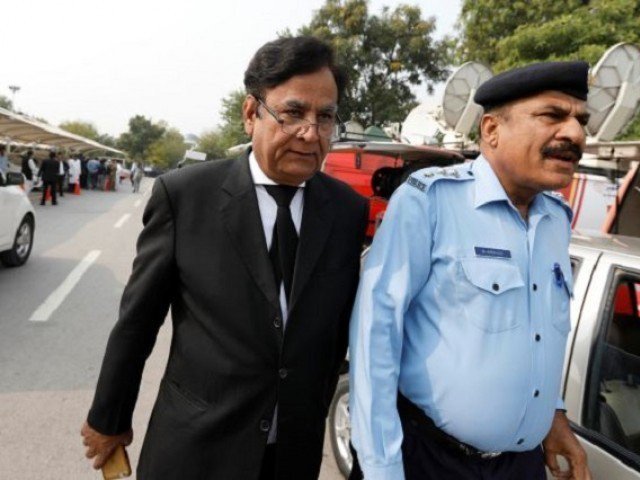 Saiful Malook represented Aasia Bibi in a high-profile blasphemy case despite threats to him and his family
OUR CORRESPONDENT:

Saiful Malook, the lawyer who represented a Christian woman, Aasia Bibi, in a high-profile blasphemy case despite threats to him and his family, has been nominated by the International Observatory for Lawyers in Danger (OIAD) for the prestigious American Bar Association Human Rights Award.

Aasia spent eight years on death row on blasphemy charges and was acquitted by the Supreme Court on October 31, 2018.

The Pakistan Bar Council has congratulated Saif on his nomination by OAID, which represents France, Italy, Spain, Switzerland, Belgium, Germany, Cameron and Turkey.

PBC Vice Chairman Abid Saqi eulogised Saif for his constant struggle and sacrifices for the protection of human rights.

“The international recognition of his services and contribution to the protection of human rights of people, especially those belonging to deprived segments of the society, is a matter of pride for Pakistan,” he added.

The purpose of the Observatory is to defend lawyers under threat and denounce situations in which the right to defense is put at risk. It will also track, through monitoring and all other available means, lawyers who are victim of threats, pressure, torture, or any other kind of abuse.

In November 2018, Saif left Pakistan because of the death threats he was receiving after the Supreme Court acquitted Aasia.

He was also nominated for the Roosevelt Four Freedoms Award for his courage. He received a prestigious award by Britain's National Secular Society in London.

In an interview in February this year, Aasia, who is now living abroad, told the BBC that she hoped she would be able to return to Pakistan one day despite her ordeal.

"It was my country that freed me. That makes me proud," she said.

"I left of my own volition because I was in danger there. Anything could have happened to me at any point. So that's why I left my country. But I have the same love for my country in my heart now. I still respect my country and I want to see the day when I'm able to go back.”

Aasia called on Prime Minister Imran Khan to free anyone unjustly accused or convicted of blasphemy and to ensure that the charges are investigated properly.

"Innocents should not be punished for no reason and people who are innocent, in prison, should be freed," she said.

She also recalled the time when she heard that the two politicians who were helping her - Salmaan Taseer and Shahbaz Bhatti - had been murdered.

"I cried a lot. I cried for more than a week for them. Even today, my heart is full of sadness for them and I miss them," she said.

However, Aasia says she feels no bitterness to those who wanted to see her dead.

"I'm not angry at all, I've forgiven everyone from my heart and there is no hardness in me, there is patience in me because I learned how to be patient after having to leave my children behind," she said.