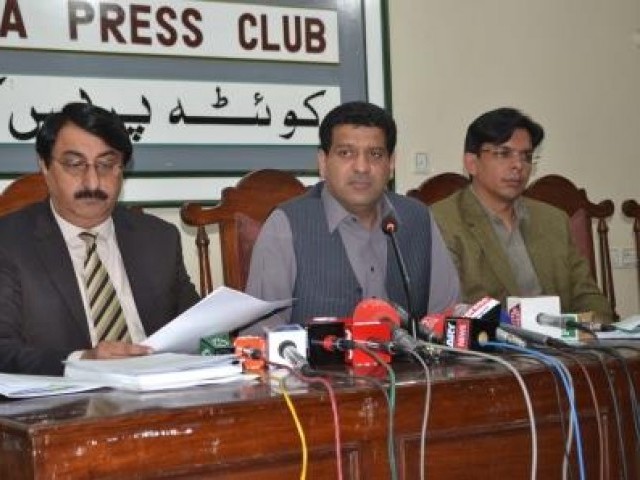 QUETTA  : Balochistan Information Minister Zahoor Buledi has lamented that dissident political parties in the province have been spreading false rumours regarding the Public Sector Development Programme (PSDP) such as saying that the development process in Balochistan had stalled.

Addressing a news conference at the Quetta Press Club on Thursday, he claimed that major development work had been completed with the PSDP received by the current provincial government in Balochistan but that bad governance and flawed budget policies of the previous government had set back the development process.

The information minister was accompanied by Additional Chief Secretary for Planning and Development Sajjad Ahmed Bhutta and Additional Secretary for Finance Farrukh Atique at the news conference.

Buledi said that the current government had allocated 30.717 billion rupees for 1,515 development schemes out of which 23.251 billion rupees had been released for 952 schemes.

Zahoor Ahmed Buledi added the coalition parties were united and had launched joint efforts to foster good governance in the province, saying that the current government was promoting the process of accountability in Balochistan and had therefore given a free hand to the National Accountability Bureau (NAB) as well as the Anti-Corruption Department to purge the province of corruption.

He also said that the current government had urged the Supreme Court to probe the province’s PSDP of the last 25 years through a judicial commission in order to punish those who had embezzled public money.

Replying to a query regarding the implementation of the National Action Plan in Balochistan, Zahoor Buledi said that the government had given full powers to law enforcement agencies to maintain law and order in the province.

Sharing his views at the news conference, the Additional Secretary for Finance, Farrukh Atique, said that the provincial government had established the Financial Reforms and Management Unit to remove flaws in the province’s financial affairs which would be functional starting next month.

44 militants lay down arms in Sohbatpur