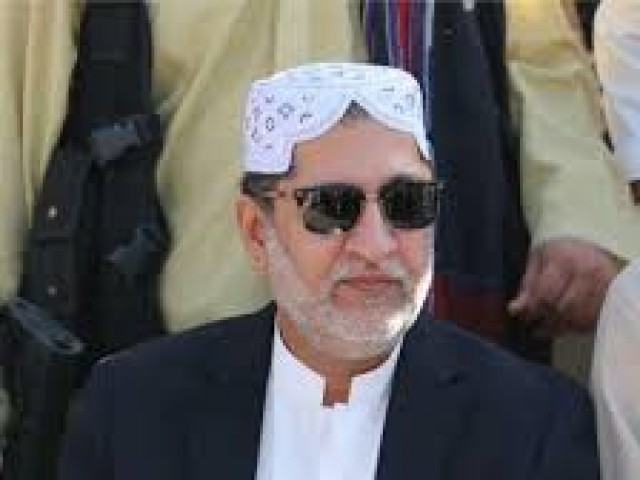 We have given the PTI government a year's time to implement our demands, BNP-M chief says. PHOTO: MOHAMMAD ZAFAR

QUETTA: Balochistan National Party-Mengal (BNP-M) chief Mohammad Akhtar Mengal has said the provincial government will not be able to complete even five months, let alone five years, due to lack of consensus over distribution of ministries.

The BNP-M chief stated this during his visit to Winder, Lasbela to attend a tea party on the invitation of tribal elder Iqbal Mirwani.

Separate schools for boys, girls in every UC a must: CM Balochistan

Mocking the current political rifts among coalition partners, particularly the Balochistan Awami Party and the Pakistan Tehreek-e-Insaf, Mengal said, “Though the distribution of ministries is under way, at the end there will be no ministry, only monkeys.”

On the BNP-M’s charter of demands presented to the PTI at the Centre, Mengal said, “We have signed a deal with PTI to resolve the burgeoning issues of Balochistan.

“We have given PTI a one-year time period to start implementation on the demands as it can’t be done in three months. Provincial development is the key objective of our demand.”

The BNP-M chief said implementing the demands sincerely would bring fortunes to Balochistan.

To a query regarding Balochistan Chief Minister Jam Kamal Khan’s petition over NA-272 Gwadar-Lasbela, Mengal said, “The petitioner is trying to become a judge himself but we are waiting for the court ruling.”

PTI Balochistan chapter President Yar Muhammad Rind has been complaining over being allotted only one ministry and that too without taking the provincial leadership on board. PTI’s Naseebullah Marri was made the health minister, while Babar Musakhel the Balochistan Assembly’s deputy speaker.

Kamal tweeted, “Whether the government runs five days, five months or five years …. Inshallah every day will be run with effort, strive, devotion and hard work … done a lot with this province… we have not come here to enjoy ministries, instead the Balochistan Awami Party has come to work.”