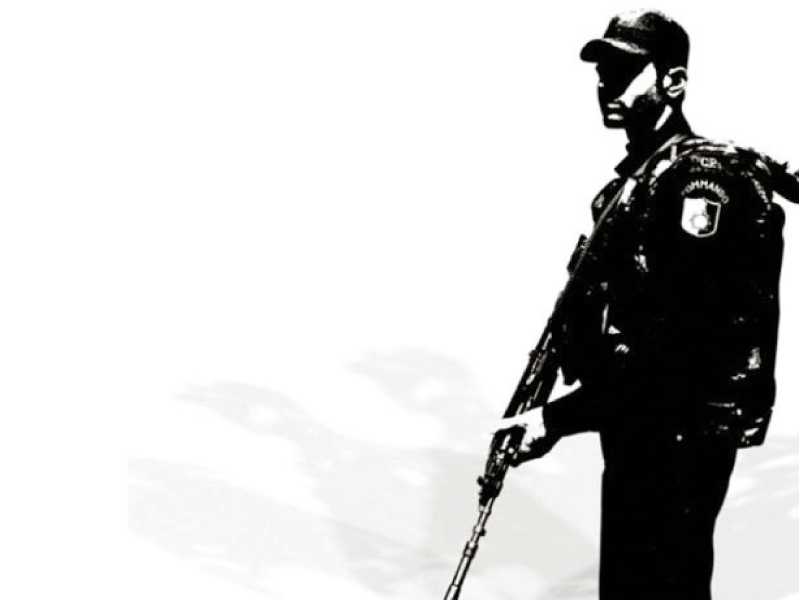 According to a rough estimate, private security companies have so far received 2,000 applications for security guards by both independent candidates and those contesting the elections on tickets of political parties. STOCK IMAGE

KARACHI: The demand for private security guards has surged before the polls as candidates are concerned for their security, especially after the suicide attack in Peshawar on Tuesday. Even the Sindh Police, in order to address the shortage of manpower, has approached private security companies to hire guards to perform duties on elections day.

After the recent terrorist attack on the Awami National Party’s (ANP) candidate in Peshawar, the candidates of various political parties as well as independent candidates in Sindh have started to hire private security guards to provide them security during their campaigns before the general elections scheduled for July 25.

ANP senior leader Haroon Bilour and 19 others lost their lives Tuesday night in a suicide attack in Peshawar. At least 63 others were wounded in the attack. Haroon who was contesting the elections from PK-78 came under attack when he was attending a corner meeting in the Yakatoot area of Peshawar. Earlier in 2012, his father Bashir Bilour, also a senior leader of the party, was killed in the same manner.

After the suicide attack on Tuesday, many politicians have become worried for their security. However, they cannot apparently approach police because of a Supreme Court verdict after which official security for unauthorised persons was withdrawn.

In April this year, more than 12,600 police personnel deputed for the security of VVIPs were called back to comply with an SC order. It also affected many politicians across the country. Later, an assessment committee was formed by the police high-ups to provide security guards to the politicians who had been threatened with terrorist attacks.

According to the official record, as many as 187 private security companies are operating in Sindh. They have over 70,000 security guards, around 50% of whom are performing duties alone in Karachi. The number of guards is, however, less than their total demand.

According to a rough estimate, private security companies have so far received 2,000 applications for security guards by both independent candidates and those contesting the elections on tickets of political parties.

“We are considering the applications of political parties’ candidates and independent candidates as it is risky [to provide them security guards],” said All Pakistan Security Companies Associations officer Colonel (retd) Tauqeer Ahmed. “The politicians used to ask the guards to carry their own prohibited weapons like 7mm rifle, 9mm and shotguns, instead of those provided by the companies,” he explained, adding that the association has advised the companies to provide guards to politicians only if they are satisfied.

Currently, around 250 squads of private security guards, each comprising two to five guards, have been provided to private applicants. However, it is expected that the number of squads will double to 500 as the security companies are likely to approve some of the applications.

According to police officials, it is also mandatory for candidates to submit details of their private security guards to the relevant police stations, according to the directives of the Election Commission of Pakistan.

When asked whether private security companies had been asked to provide guards for election duties, Col (retd) Ahmed said the Sindh police have asked for around 10,000 security guards. He added that the companies, however, could not offer that much number of guards to the government. “We have told them that we would try our level best to provide between 5,000 and 6,000 private guards,” he said.

The association representative explained that the guards had only been asked to perform duties for 24 hours on the elections day. “We would drop them (guards) to the zonal offices of the police from where the police will depute them accordingly and later we will pick them up after 24 hours from the same zonal offices.”

According to Col (retd) Ahmed, security could not withdraw security guards from consulates and private properties on the elections day to provide them to the police. He, however, added that many guards will be withdrawn from banks as they will remain closed on the elections day as it will be a public holiday.

“We would not do it for the first time as we assisted the police in the last three elections of 2002, 2008 and 2013,” Col (retd) Ahmed said. He explained that the guards will be deployed along with police personnel and they will not be armed. They will also be compensated by the police department and food and other facilities will also be provided to them, he said.